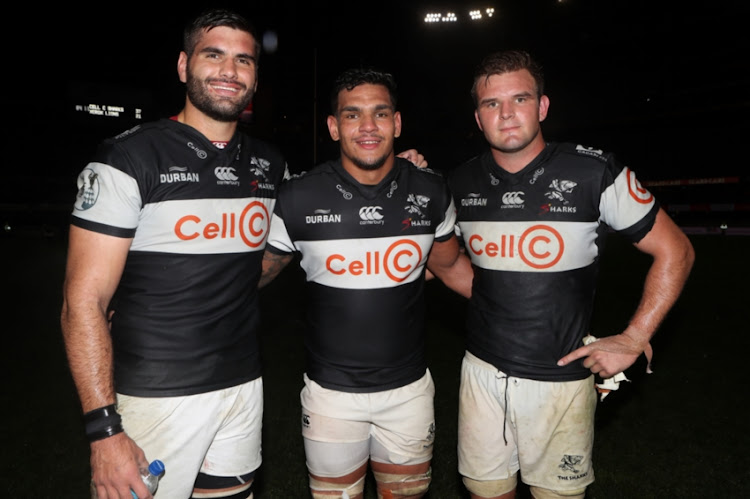 Having played in fits and starts for the bulk of their Currie Cup campaign‚ the Golden Lions are looking for an 80-minute performance when they clash with the Pumas in Nelspruit on Friday (19.00).

Anything short of a complete performance may put paid to their Currie Cup aspirations as a win for the Pumas could potentially lift them above the Lions into fourth sport and a place in the semifinals.

The Lions lead the Pumas by four points and have a superior points difference need to get a bonus point to stay ahead of their rivals.

Tighthead prop Jacobie Adriaanse warned that they cannot afford the lapses they have been prone to in this Currie Cup against the Pumas.

“There were times during the season our game was on point but the tricky thing was to make that an 80-minute effort.

"We are looking for that perfect game‚” said Adriaanse.

The Lions who have not played for three weeks will need to hit the deck running against the Pumas.

"We trained hard and we trained with game intensity. The coaches made sure we didn’t lose that match sharpness‚ also with the scenarios they created.

“With only six games‚ everyone matters. It boils down to whoever wins go through.”

Although much is at stake‚ Adriaanse believes the Lions won’t treat the game like they would a knock-out match.

“We spoke about that are very excited‚" he said.

"We don’t focus too much on a knock out match. We want to go out and tick the boxes and put those processes in place.

“We looked at our mistakes and we learned from it. We worked hard the last two weeks. They gave us a few days off but we also bonded again as a team.”

He is confident the team will not be afflicted by rustiness after their lay-off.

“They will come with intensity‚ but so will we. We need to focus on the things that are in our control.”

The Lions have restored Springbok flyhlaf Elton Jantjies to the team but lock Franco Mostert and Aphiwe Dyantyi have earned a break this weekend.

"He brings a lot of calmness‚" said Adriaanse of Jantjies.