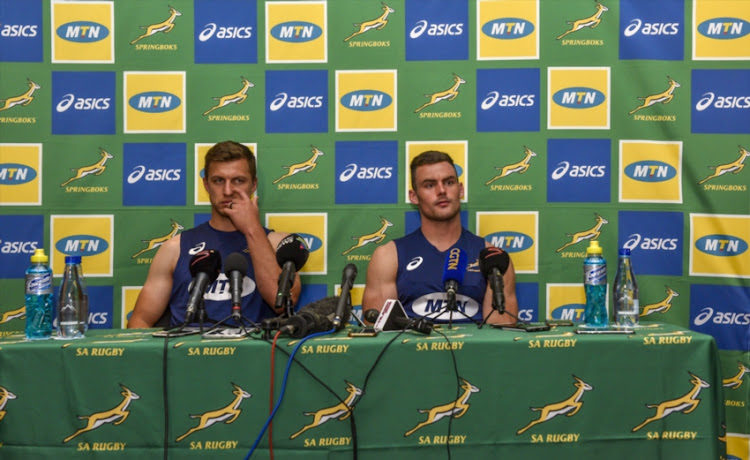 A few tweaks to his kicking technique and some introspection helped Springboks pivot Handrè Pollard to overcome a poor run of form at the beginning of this year's Rugby Championship.

In the opening two rounds of the competition against Argentina where the Springboks won in Durban and lost badly in Mendoza‚ Pollard came under stinging criticism from fans as he struggled with his kicking game.

He missed five of his seven shots at goal in the opener at Kings Park Stadium but his woes were not too costly as South Africa went on to register a 34-21 bonus-point victory over the Pumas.

There was no such luck in the away match as the Boks struggled with Pollard only managing two conversions to lose the match 32-19‚ a result that put them on the back foot in the tournament with a trip to Australasia to follow.

“After the Super Rugby break‚ I spent about five weeks without playing the game and I lost my rhythm in that time‚” he said on Tuesday as the Boks prepared to host New Zealand at Loftus on Saturday.

“I worked hard at it and it didn’t come back straight away‚ but the last two games have been a lot better.

"It took small tweaks and I have been working hard at it.

"Anyone can have an off-day and it happens to the best in the world. It is just about keep on working hard at it and hopefully it can continue.”

Pollard added that in the period where he struggled to find rhythm‚ he did not seek help from the kicking coach but worked alone on his technique as he knew where he was getting it wrong.

“There was no kicking coach‚" he said.

"I had kicking coaches at the beginning of my career and I learned a lot from them.

"I appreciate what they have done for me but as you go on and gain experience‚ you know exactly what you are doing wrong.

"It was more about getting back to my routine and getting it right.”

After poor outings against Argentina‚ Pollard was dropped to the bench in the loss to Australia in Brisbane with Elton Janjties promoted to the starting lineup.

But Pollard was restored to the starting line-up in the famous 36-34 victory over the All Blacks in Wellington where he scored eleven points.

Now that he is in a good space‚ Pollard just want to keep on improving and he is fully aware that they will up against it on Saturday at his home ground.

“People will have expectations now after we managed to beat the All Blacks away from home‚ which was a big one‚" he said.

"We know what we are capable of and just have to focus on our process.

"The challenge for us is to be consistent and perform at this level week in and week out.

"If you go back in history‚ every time the All Blacks have lost a Test match‚ they come back firing in the next one.

"We know they are going to be physical but we are at home and we have to match them and do even better.”