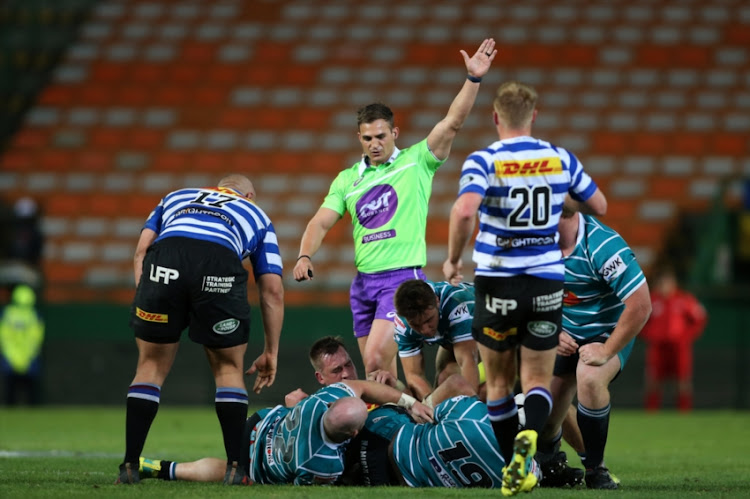 Next Saturday’s Currie Cup clash between Western Province and the Sharks is shaping up as a dress-rehearsal for the 2018 final after both teams stamped their authority on the competition this weekend.

On Saturday WP beat Griquas 38-12 after leading 33-7 at the break while the Sharks beat the Golden Lions 37-21 in a wet Durban.

Both sides are unbeaten after four games and have a maximum 20 points from their matches with WP leading due to a superior points’ difference.

The clash at Newlands next Saturday will pit the two best teams – and two best packs of forwards against each other.

WP coach John Dobson and captain Chris van Zyl were unhappy with the team’s second half performance‚ but Dobson was also realistic enough to know that his side showed that they are human.

“We were 33-0 up after 30 minutes and there is some truth in the fact that we lost our way‚” Dobson said.

“As much as you don’t want that to happen‚ there is a human element to this sport.

“Had we scored to go 40-0 up‚ when they intercepted and went down field to score at the other end‚ it might have been a different story. Griquas might have run up the white flag.

“What is good is that it gives us something to work on this week. It also focuses us with the Sharks coming up this weekend where the winner could potentially host the final.

“The Sharks showed great physicality against the Lions and this will be a classic Currie Cup Test match-type game.

"Given our poor second half against Griquas and the Sharks’ good performance‚ there will be no room for complacency on our side.”

Dobson focused on his team’s improved defence as one positive to take from the match. The previous week they beat the Lions 65-38‚ conceding four tries in the process.

“We wanted to improve our defence following the Lions match at Ellis Park‚ and we did that. There was some really good defence today‚” Dobson said.

Van Zyl admitted his team lost some focus during the match against Griquas and the overriding emotion is anger with themselves for what happened.

“We are trying to play the brand of rugby that brings people to the ground‚” Van Zyl said. “In the first half we played the type of rugby we strive for‚ and what people want to watch.

“But we let our standards drop after halftime and that was really disappointing. We felt we let ourselves and the fans down.”