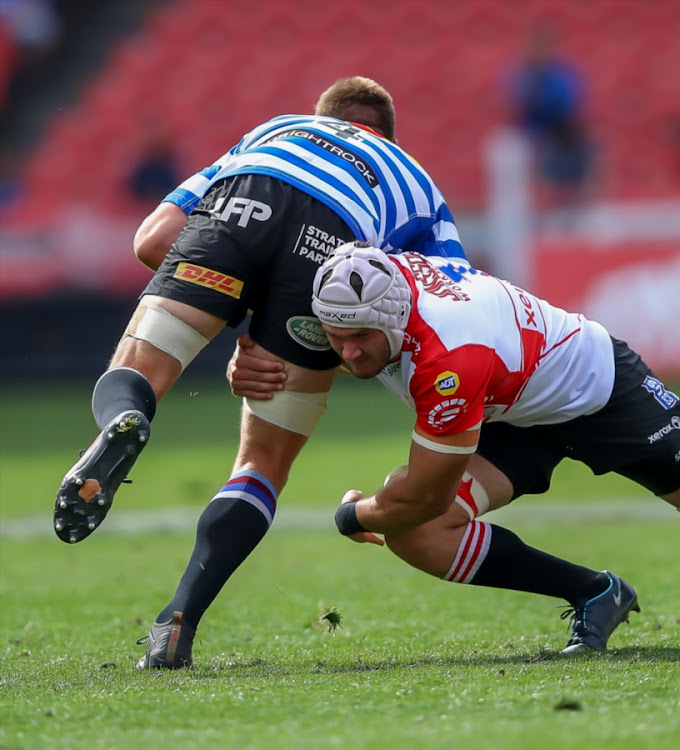 The Golden Lions have tightened their laager ahead of Saturday’s crunch Currie Cup clash against the Sharks in Durban.

Defeat‚ and a big one at that‚ against Western Province at Emirates Airline Park has meant that the Lions now have no margin for error in their quest to secure a home semi-final.

In a much shortened Currie Cup‚ two league defeats can have a profound impact in the eventual pecking order.

With the heat on‚ their players were declared off limits from Tuesday but not before promising loose forward Len Massyn scoffed at suggestions that they will travel to Durban under pressure.

“It is a big game coming up but I don’t think we have pressure on us. We’ll follow our processes and the result will take care of itself‚” argued Massyn.

The Sharks tend to crank up their physicality a notch or two when they play at home and the Lions will at the very least need to match them in that department.

Massyn‚ however‚ believes they can’t get too bogged down in close combat.

“You don’t always want to fall into that trap. Just focus on yourself and not too much on them. Play to your strengths‚” said the 21-year old who played three matches for the SA u 20 team last year.

This year he went on to represent the Lions in a few matches in Super Rugby but he gained more experience just being part of a squad that went to the final.

It also helped that the former Monument High pupil was playing next to Warren Whiteley‚ a player he looked up to as a kid.

“When I was small it was (the player he based his style of play on) Warren Whiteley‚" he said.

"He isn’t necessarily the biggest loose forward but he is fleet footed and he uses his skills.

“I gained a lot of experience in Super Rugby being with the seniors‚ although I didn’t play (much). I can’t single out any one because they all played a unique role.”

This year’s abbreviated Currie Cup has meant that almost every action carries more weight. He has the added pressure of operating both sides of the scrum.

“In the Currie Cup you don’t have a game in which you can slip-up. You have to prepare well every week.

“I start blindside but then I go to openside when our six goes off. For me there is no preference I just want to play the full 80 minutes.

"That’s what I enjoy‚ whether it’s eight‚ seven five. Just not one‚ two or three‚” he quipped.

The Blitzboks will have to maintain their own high standards if they want automatic qualification for the 2020 Tokyo Olympics after World Rugby ...
Sport
3 years ago
Next Article