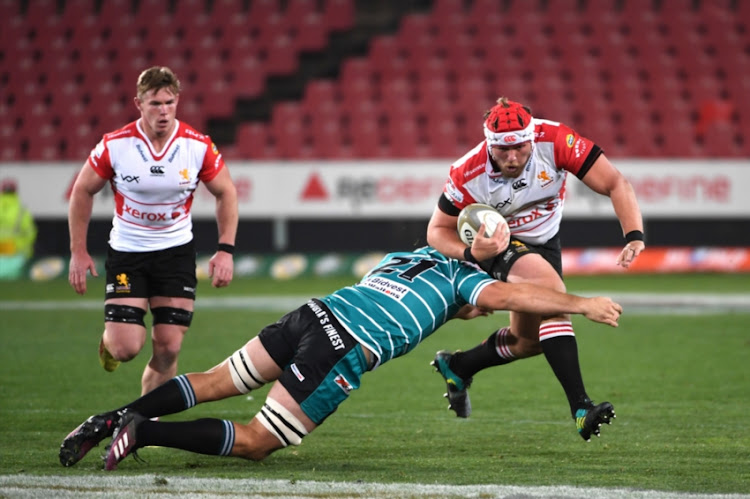 The hurt of their 65-38 humiliation at the hands of Western Province will spur on the Golden Lions when they clash with the Sharks in Durban on Saturday.

That’s the view of hooker Corne Fourie‚ one of a few Lions players who emerged from last Saturday’s Currie Cup mauling with his reputation in tact.

“It is emotional‚” nodded the engaging hooker.

“No-one wants to walk around with two black eyes.

"It’s a lesson for all the young players. That was my second biggest defeat after our Super Rugby defeat to the Hurricanes in 2016.

“It doesn’t happen. The Lions don’t get bullied in their own backyard. That is something we want to take to the Sharks and fix it.”

Fourie said last weekend’s match was “exceptionally physical” and things aren’t going to get easier against the combative Sharks.

“They are very physical and they pride themselves on their scrumming and their line-outs‚" he said.

"They are very good. We will have to take them on upfront.

"They’re very physical‚ especially with the Du Preez brothers (Jean-Luc and Dan) in the pack. The match will be decided up front.”

He doesn’t believe the Lions‚ who have played one match more‚ have been put to a sterner test thus far in the Currie Cup.

“I reckon we are on an equal footing‚" he said.

"I believe it will be another learning experience. We are more than equal to the task.”

As a result of his mobility Fourie‚ who used to operate on the loosehead side of the scrum‚ has been converted to hooker.

“I’m comfortable in both positions‚" he said.

"I will say moving to hooker stoked a new fire. It’s a new challenge.

"The freedom is nice. A owe some gratitude to Malcolm (Marx) and Robbie (Coetzee) with the move.”

Carrying the ball more is one of the spin-offs of playing hooker.

“Carrying is great‚" he said.

"Usually when you have a 1 on your back and you beat defenders people say ‘you’re not supposed to do that’.

"With the 2 on your back it’s different. To carry the ball and be physical‚ that’s why you play the game.”

The Lions will have a three-week break following the Sharks’ game and Fourie admits it is far from ideal.

“It is a little disruptive‚" Fourie said.

It breaks the rhythm. You would want to maintain continuity like in Super Rugby where you have the one bye. I just allows the brain to take a break from rugby.

"I think three weeks‚ however‚ will catch a few teams offside.”

At the end of the season Fourie will pack his bags from Cape Town.

He was coy about the reason he is moving but operating behind Marx and Coetzee in Super Rugby may have something to do with it.

“My priorities are with the Lions‚" he said.

"To get them to the semis and the final.

"They opened a lot of doors for me.

"During the course of your career doors open and some close and that’s the way it is. There is a new chapter I am looking forward to.”