Boks upward rankings move is not a trend - yet 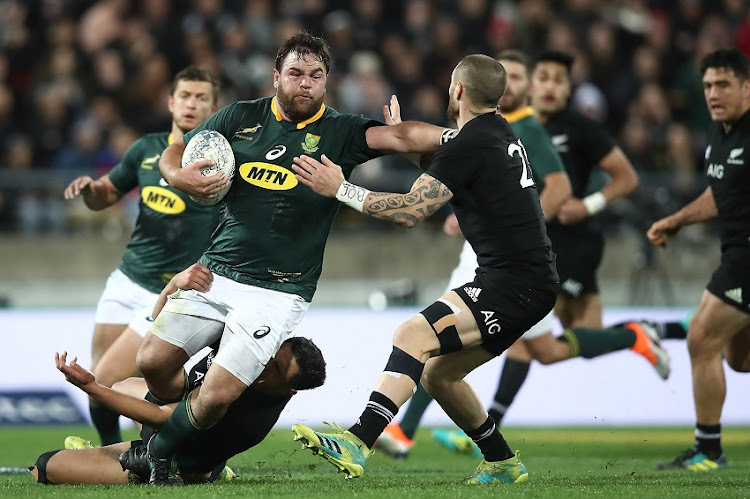 Frans Malherbe of South Africa is tackled by TJ Perenara during The Rugby Championship match between the New Zealand All Blacks and the South Africa Springboks at Westpac Stadium on September 15, 2018 in Wellington, New Zealand.
Image: Phil Walter/Getty Images

The Springboks have a good week. That’s not a sentence often written over the past three years.

After beating the All Blacks 36-34 in Wellington at the weekend‚ for their first win in New Zealand since 2009 and only their fourth on NZ soil in the professional era‚ the Boks also moved up two world ranking places.

The latest rankings showed the Boks moving from seventh to fifth while Australia dropped from fifth to seventh after losing 23-19 at home to Argentina.

The positive move up the rankings is welcome news for the Boks‚ especially as they started the international season ranked seventh.

The challenge of course is to stay there and move up although they have tough home assignments against Australia and the All Blacks to come in the next fortnight.

New Zealand have virtually held the top ranking since it was introduced in 2003.

The All Blacks have been unchallenged at the top of the rankings for nine years after moving back to No 1 in November 2009.

The Boks were ranked first between October 2007 and July 2008 (ending almost four years of All Black dominance at No 1) and again between June-November 2009.

England were the first team to be ranked No 1 following the 2003 World Cup in October of that year. They held the position until June of 2004.

Seventh is the lowest South Africa have ever dropped while NZ’s lowest is third.

England‚ the only other team to hold the No 1 ranking‚ plummeted to eighth following the disastrous group stage exit at the 2015 World Cup.

After the struggles under previous Bok coach Allister Coetzee‚ it’s welcome news that the Boks are moving in the right direction.

But a one-off win against the world’s top team is not a trend.

Only a return to winning consistently (the Boks are currently at a 50% winning ratio this year)‚ which is not where a team with ambitions of challenging for the top three in the rankings can be.

Following Rugby World Cup 2015 New Zealand have won 30 of 35 Tests with four defeats and a draw.

Number two ranked team Ireland have won 22 of 31 Test with eight defeats and a draw.

The Boks have managed just 15 wins in 33 Tests with 16 losses and two draws.

Beating the All Blacks was a boost for the Boks but at this stage it looks like an anomaly rather than a trend.