Aphelele Fassi on his rise at the Sharks 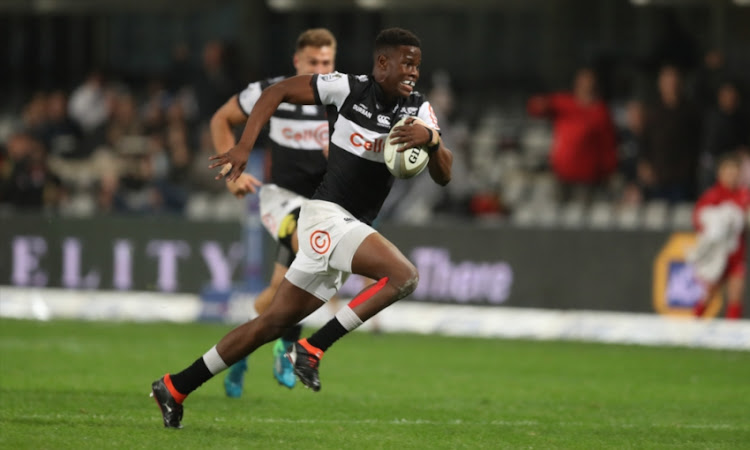 This seems to be the year of the outside back in South Africa and while the country is still crazy about Aphiwe Dyantyi‚ Aphelele Fassi has appeared like a meteor at the Sharks.

It also helps that they went to the same school (Dale College in King Williamstown) but unlike Dyantyi‚ who has been turning heads with each performance in the green and gold this year‚ Fassi was a decorated first-team player who could have given cricket a serious try.

Fortunately for the Sharks‚ Fassi decided to persist with rugby and the Durban side have been the beneficiary of his electric running from the back.

Fassi first broke through for the Sharks during the SuperSport Rugby Challenge this year and hasn't looked back since.

“It's been a great year for me and the one thing I keep on telling myself is that I need to learn more with the seniors that are here.

“I think I've received all the support that I think I can get from the coaches because I feel they back me. I'm grateful for the opportunities that they have given me.”

While the Sharks still have the significant matter of dealing with a wounded Golden Lions team on Saturday afternoon at King's Park‚ the 20-year-old Fassi is all about improving his game.

There's also another matter of competing with Curwin Bosch at fullback‚ even though Fassi has been used at wing.

Fassi‚ who operated at flyhalf and inside centre at school‚ said he was comfortable being in the last line but he wants to be a better player.

“As a player‚ you intend to improve every time you run onto the field‚" Fassi said.

"From where I started at the SuperSport Rugby Challenge is not too different to what we see in the Currie Cup. As a player you set your game but improvement is part of the package.

“I prefer to play fullback but it's more about where the coaches want to play you where they need you to play but fullback is my preferred position.”