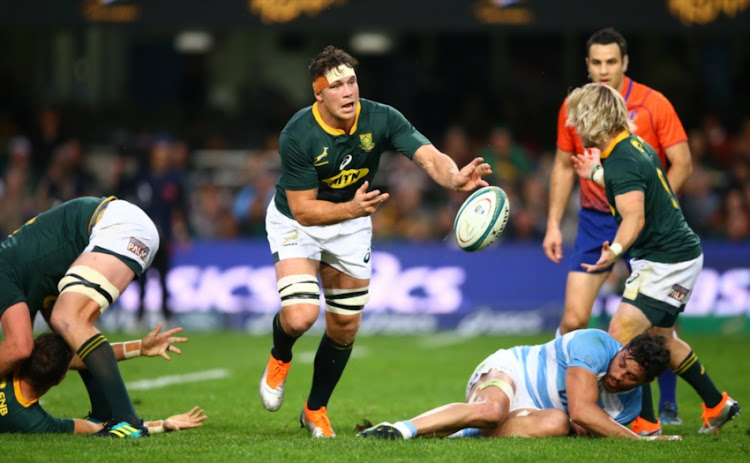 Springboks flanker Francois Louw says they will not be burdened by the huge weight of expectation when they take on the All Blacks at the Westpac Stadium in the last match of their Rugby Championship Australasian tour on Saturday.

The Boks are under immense pressure to produce a winning performance against their bitter rivals‚ who have only lost once at home in almost a decade‚ to appease the increasingly impatient supporters back home.

“The expectations back home have always been results-driven‚” said Louw.

“(But) our performances have been a little bit up and down so far in this Championship.

"There is a big expectancy for us to get back on track against our long standing rivals.

"It is an exciting fixture for both of us and the underlying feeling is for us to get back to winning track.”

Louw‚ who plies his trade with English Premiership side Bath and is a member of the leadership group in the squad‚ echoed coach Rassie Erasmus and his assistant Matt Proudfott who also said while immediate success was important‚ the Boks are building a team for the World Cup.

“There is an immediate objective of doing well and winning matches‚ and the other one of developing the squad‚" he said.

"But that is not much in the hands of the players.

"The coaching staff will take care of that in terms of developing the squad in the build up to the World Cup next year.

“As players we want to play as well as we can every game and try to get these victories.

"The bigger picture is building a solid squad that will go and do well at the World Cup‚ but for now our focus is on the task at hand this weekend against New Zealand.”

The Springboks last triumphed over the All Blacks here in New Zealand in 2009 to win the Tri Nations under Peter de Villiers.

Louw said a repeat of that performance would mean a lot to the fans in South Africa.

“To get a victory over here would be fantastic because it has not happened in a while‚" he said.

"The All Blacks are a formidable team in world rugby and to get a victory over them‚ especially where we are at the moment‚ would be massive back home.

“This is our biggest fixture and it will mean a lot to the fans.

"Should we not get the victory‚ as we want to do‚ I don’t think much will change drastically.

"We will just have to go back and look where we must improve and get the show on the road for the remainder of the Championship.

"There is always the expectancy for us to win always but it doesn’t always go that way.”