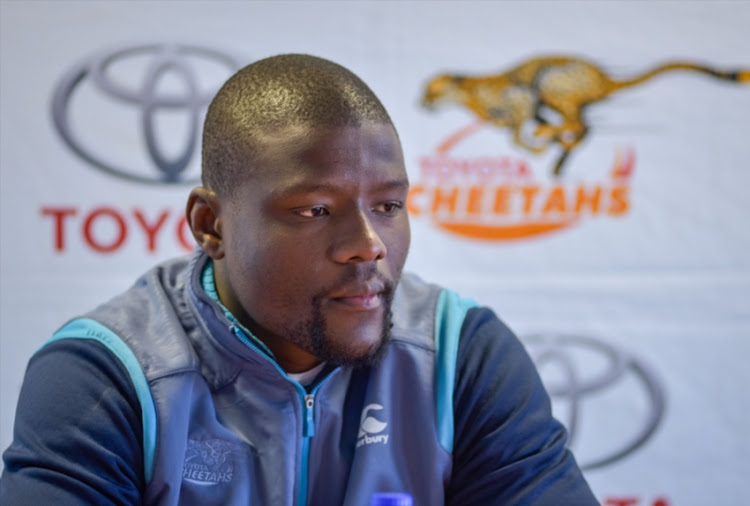 The Cheetahs’ already daunting Pro14 campaign has got a lot tougher after captain Oupa Mohoje was ruled out with long-term injury.

Mohoje injured a knee in the Cheetahs 38-0 defeat against Munster in Limerick on Saturday.

He has already returned home and Cheetahs are bracing themselves to be without their captain for a substantial amount of time.

Coach Franco Smith has already intimated that the injury is serious.

The Cheetahs have called up Gerhard Olivier as a replacement and they are likely to be captained by scrumhalf Shaun Venter in this weekend’s clash against the Ospreys.

Mohoje has had a torrid run of injuries over the last few seasons.

He has overcome a serious knee injury which slammed the brakes on a promising career.

He fought his way back into the Test squad but was concussed and missed the last Test of the series against France last year.

He has only played two Tests since.

With Mohoje ruled out the Cheetahs are left with just one Springbok in their touring group.

Only loosehead Ox Nché has Test experience‚ and it’s only one Test at that. Scrumhalf Rudy Paige‚ who was in the Springbok Rugby World Cup squad in 2015‚ is not in the touring group.

The Cheetahs‚ who reached the play-offs in last season’s Pro14 competition has since lost their most experienced players.

Former head coach Rory Duncan moved to Worcester Warriors where he joined up with former Stormers coach Alan Solomons who is the club’s director of rugby.

Coach Smith is hoping his team can hit their stride in the New Year.

He would have had time to forge his new squad into a unit‚ while Europe’s top sides lose players to Six Nations duty in the first three months of the year.