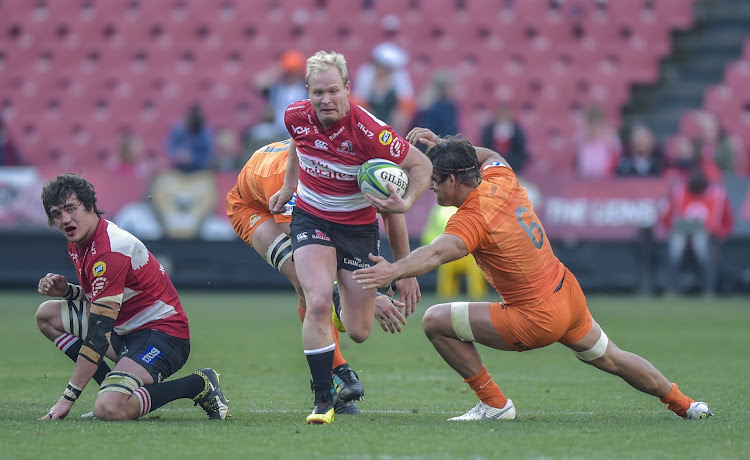 The Golden Lions’ loss is the Springboks’ gain with scrumhalf Ross Cronjé having to sit out Saturday’s Currie Cup match against the Blue Bulls at Loftus because of national duty.

Cronjé has been earmarked to travel with the Boks for their Tests against Australia in Brisbane next week and New Zealand in Wellington a week later.

Cronjé‚ who captained the Lions in their Currie Cup opener against Griquas last week‚ will be replaced in the starting lineup by Dillon Smit. The team will now be captained by lock Marvin Orie.

While the Lions will miss Cronjé’s composure behind the scrum‚ they will have the straight running of Lionel Mapoe back in midfield after doing duty for the Boks in Mendoza.

He will partner Howard Mnisi in midfield but soon there will be a strong case to be made for the inclusion from the start of the marvelously gifted Wandisile Simelane.

The former SA Schools player made an impressive debut off the bench against Griquas last week. He took an outside gap before scything through to score.

Also on the bench is strapping wing Madosh Tambwe who has returned from injury.

The Lions will square up against a Blue Bulls team desperate to atone for their defeat in Durban at the hands of the Sharks last week. Their defensive frailties were exposed and the Lions‚ with their commitment to attack‚ may well prove a handful.

With the Currie Cup reduced to only a single round the Blue Bulls can ill afford to slip up again‚ especially not at home.