Sringbok duo back for Western Province 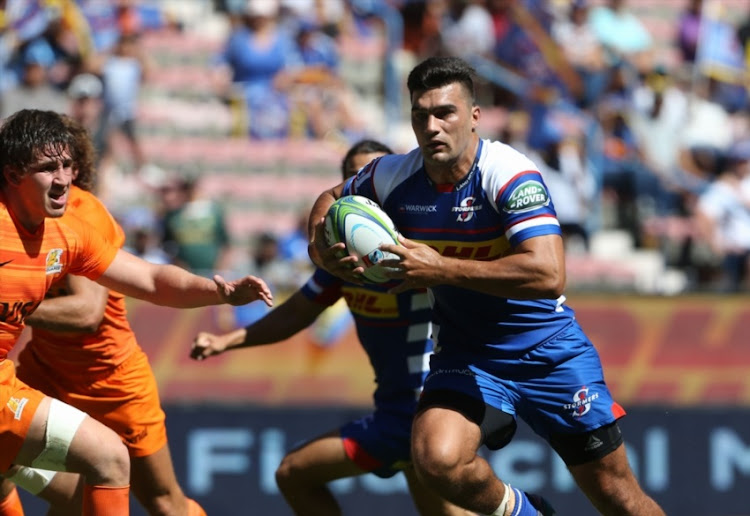 Damian de Allende of the Stormers during the Super Rugby match between DHL Stormers and Jaguares at DHL Newlands Stadium on February 17, 2018 in Cape Town.
Image: Carl Fourie/Gallo Images

Springbok centre Damian de Allende and tighthead prop Wilco Louw will feature for Western province in their Currie Cup round three match against the Pumas in Nelspruit on Friday.

The pair have been released from the Springbok squad this week but Louw is likely to fly to Australia with the national team on Sunday.

Dillyn Leyds will continue as captain and shifts to fullback‚ with two new wings in SP Marais and Sergeal Petersen and De Allende in midfield alongside Ruhan Nel.

In the forward pack Ernst van Rhyn comes into the starting lineup at lock with Chris van Zyl among the replacements on his return from injury‚ while Louw’s inclusion sees Michael Kumbirai move to the replacements bench as well.

The Pumas beat WP in Nelspruit in the corresponding fixture last year‚ which serves as a warning for the defending Currie Cup champions.

The Stormers failed to win a single away game in Super Rugby 2018‚ but that won’t have a negative impact on WP in the Currie Cup according to defence coach Norman Laker.

“We have just been in France for two games and we were comfortable playing there so I don’t think we have any problems playing away‚” Laker said.

“Plus you remember that while we may have struggled a bit in some away games last year‚ we did finish the Currie Cup season by winning a final at Kings Park. We also beat the Sharks in Durban two weeks before that too.

“So there were two away wins in a row in big games and if there was any problem playing away it was swept away with those results.

“We have learned our lessons from last year. We won’t be underestimating the Pumas. We know that with the competition being played over just six rounds there is no chance of us bouncing back from mistakes.

“We have to be up for every game. We respect the Pumas and will be going to Mbombela anticipating a tough battle.

“Last year we did not have a preseason before the Currie Cup. We just went straight into it without any real preparation or work on the team gelling‚” said Laker.

“We had a great tour of France and Montpellier in particular gave us the perfect preparation for the Pumas game in that they are a very physical team‚ like the Pumas.

“We lost at Mbombela last year but if we just focus on what we do and focus on getting it right‚ we should be okay.

“We had a tough opening game against the Cheetahs in difficult conditions but we came through it well and were very pleased with our performance.

“We have set ourselves a certain standard and we aim to keep building and getting better the longer the season progresses.”