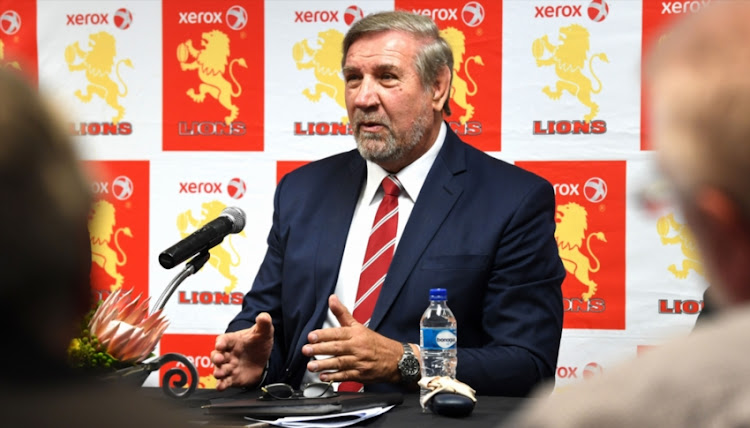 Kevin de Klerk’s long and distinguished association with the Lions has come to an end.

He has stepped down as president of the Golden Lions Rugby Union (GLRU) paving the way for the election of a successor in the coming weeks.

The Lions have to serve notice and invite nominations from their affiliates at least 14 days ahead of an extraordinary general meeting where his successor will be elected.

De Klerk‚ a much respected player and administrator‚ has been slowed down in recent times by poor health. Having served the GLRU for 50 years‚ his blood is redder than most. He played 107 games for the old Transvaal and represented the Springboks 13 times.

Between 2000 and 2018 he served as president‚ chairman and director of the GLRU‚ the Lions Rugby Company (Pty) Ltd and Ellis Park Stadium (Pty) Ltd.

De Klerk presided over some of the darkest days in the Lions’ existence when they were relegated from Super Rugby in 2013‚ but is immensely proud for the role he played in the franchise’s revival culminating in consecutive appearances in the two most recent finals.

“I thank Kevin for his continuous input and always striving to make the Lions a better place for all‚” said Altmann Allers the deputy president of the GLRU and chairman of the Lions Rugby Company.

“Lions Rugby would like to thank Kevin‚ Winnie and family for their unselfish time spent with the Lions family. Your friendship and values you all shared with us over this historic period will always be remembered‚” said Lions chief executive Rudolf Straeuli.