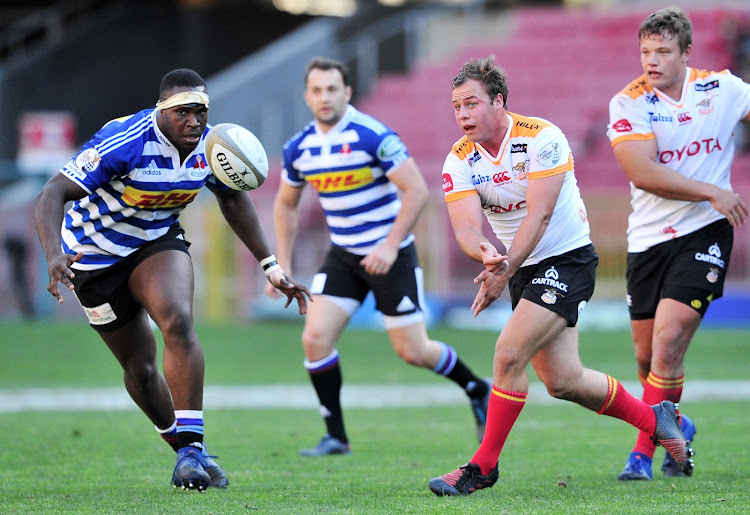 Western Province tighthead prop Michael Kumbirai would like to make the least glamorous position on the field ‘cool’ during the 2018 Currie Cup campaign.

Last weekend in a torrential downpour the former St Albans College pupil was an anchor for the WP scrum in conditions that required a boat rather than boots. And he was impressive both in the tight and the loose.

At the union Kumbirai‚ 22‚ is behind Springboks Frans Malherbe and Wilco Louw in the tighthead pecking order‚ but he’s not letting that deter him from his dream of playing for the Springboks in the future.

“I definitely believe I can reach higher honours‚” Kumbirai said.

“I know tighthead is not the most glamorous position on the field‚ but I’d love to be able to make it a cool position because it is a vital position.

“I’m not exactly sure how to make it cool‚ but I guess if you play well and have a meaningful impact on the game then children want to play in that position.

“I look up to Beast [Tendai Mtawarira] and I had the opportunity to scrum against him and to talk to him when the Boks were training here a few weeks ago.

“I got some tips and insights and to see the way he trains and it showed me another level. It was great.”

Kumbirai’s battle with Springbok loosehead Ox Nche against Free State last weekend was part of a long-standing rivalry between the two and one that Kumbirai edged in the 32-0 win.

“It is a bit personal between Ox and I‚” Kumbirai said. “I started my career in the Varsity Cup against Shimlas and Ox dragged me around the park that day‚” Kumbirai said.

“So it was nice to have developed my game and to have held my own last weekend.

“We want to continue the culture of a powerful scrum‚ which we had last year.

“We have to build on that performance against the Free State Cheetahs and we have to reach that standard every week.”