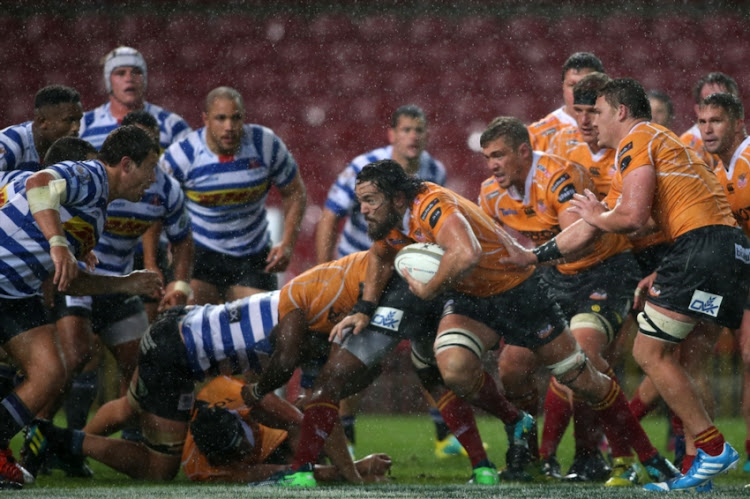 The Free State Cheetahs face a massive test of depth and character for the remainder of the 2018 Currie Cup campaign after slumping to a second straight defeat on Saturday.

Defending champions Western Province dished out a 32-0 thrashing at Newlands, in a match played in a torrential downpour that resulted in a flooded pitch.

Although the quality of the match deteriorated in the biblical conditions, Free State failed miserably to adjust to the elements.

Although it’s unlikely they will face such dramatic conditions during the imminent PRO 14, even in the depth of the northern hemisphere winter, the performance underlined Free State’s paucity and lack of quality.

Free State lost 34-12 in their Currie Cup first round clash against the Blue Bulls in Bloemfontein the previous week and are almost out of the play-off race in this year’s six-match Currie Cup premier division.

Considering both matches were played with the bulk of their squad that will feature in PRO 14 from next weekend, it doesn’t augur well for either tournament.

“We were not good enough, but the most harmful thing we could now is to point fingers at each other,” coach Daan Human said.

“The reality is that in three days’ time we leave for Europe with a 26-man squad to play Munster and the Ospreys in PRO 14, so we will have to see what players we have left.

“But we have a group of players who have played some Currie Cup before, so we are always optimistic.

“Next week everybody knows that we must make a very big step up because we have not been good enough. Each individual has to take a long look at themselves because we can all be better.

“In those conditions we have learnt that if you aren’t making a metre with ball in hand then you have to make another plan.

“What is important for us as a coaching group is not only to focus on the first choice team, but to take care of the second, third and in our case, fourth choices. We have to give those fringe players attention because we will need them.”

WP coach John Dobson was satisfied with the outcome of the match but admitted that because of the extreme conditions there was very little to learn from analysing the game.

“I told the coaches that they would have an easy Sunday because there was no need to review this match, you have to pretend that it never happened,” Dobson said.

“Obviously I’m happy with the result and we did a lot of good things that WP is not often well known for. We made good tactical decisions and the guys were very good in contact.”

Captain Dillyn Leyds praised his team: “We respected the ball in contact and although the conditions dictated how we had to play, we still managed to take the ball through several phases at various times.”