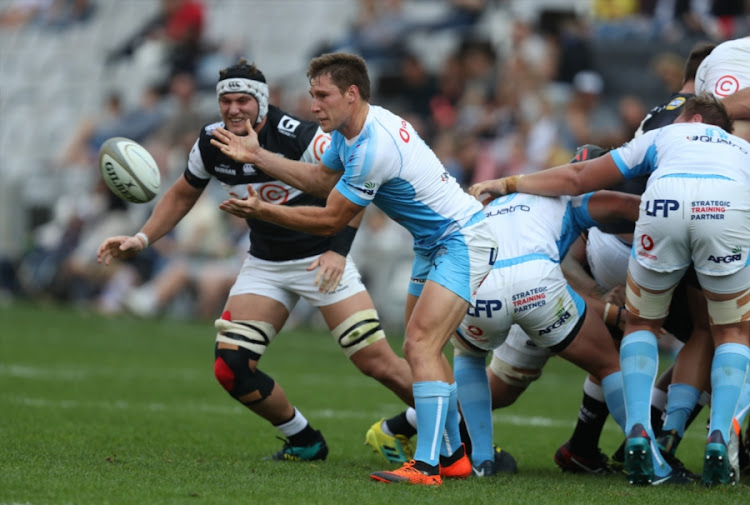 The ghosts of last year's Currie Cup final home defeat may not be exorcised yet but the Sharks laid down a solid domestic marker with their 26-10 downing of the Bulls at King's Park.

The Sharks looked every bit like a team that had a proper hit-out the previous week as they strung together phases with ease.

The Bulls, who were efficient in last week's away win against the Free State Cheetahs, were competitive and at times unlucky.

However, their decision-making, or the errant nature of it, cost them dearly while the Sharks, profligate at times, also had enough tactical smarts and class to turn half-chances into points.

The Sharks' first try through loose-head prop Juan Schoeman in the sixth minute was testament to this as the Sharks remained patient in their build-up.

Schoeman had to shrug off a few tackles before he wormed his way over but the Sharks again looked a lot like last year's side that marched through the round-robin stage with ease before choking in the play-offs.

The Bulls asked their own set of questions and were rewarded with a Jesse Kriel try in the 16 minute.

What the Bulls lacked in finesse and accuracy, they made up for in pace and physicality. They moved the ball around very well and when Kriel crashed over from close range, the Bulls celebrated like a team who knew the try was well deserved.

With Manie Libbok having added a 10 minute penalty, the Bulls should have extended their lead in the 22 minute but some brainless rugby from openside flanker Ruan Steenkamp was reciprocated by some slick and smart counter-attacking rugby from the hosts.

After Steenkamp delayed his pass, which would have put right wing Jade Stighling away for the Bulls' second try, Steenkamp held onto the ball for a fraction of a second longer before releasing a laboured pass.

That delay allowed the Sharks defence not only an opportunity to regroup, but the equal chance of the breakaway try.

Number eight Daniel du Preez started the break and after some smart inter-passing that saw the Sharks move from their own try-line, Curwin Bosch finished off the move that saw the hosts regain the lead.

The hosts again bided their time and in the 38 minute, scored their third try through right wing Kobus van Wyk, who was the beneficiary of a blindside move that caught the Bulls defence napping.

The Bulls dominated the early exchanges in the second half but had nothing to show for it. They should have scored in the 55 minute when Libbok floated a lovely pass wide that took out some Sharks defenders but replacement loose-forward Jano Venter knocked on with the try-line beckoning.

A minute later, the Bulls thought their luck had turned when Kriel crossed the whitewash for what would have been his second try but referee Marius van der Westhuizen was alerted to the fact that Bulls centre Johnny Kotze's foot was in touch and the lineout should have been that of the Sharks.

The visitors though had their own slice of luck on the hour mark when what should have been Bosch's second try was disallowed after replays picked up that Van Wyk had taken out Kotze in the air in the build-up to the try.

The Bulls' luck could only hold up for so long and the Sharks eventually scored their fourth try through replacement utility back Aphelele Fassi, who collected Cameron Wright's box kick.

The Sharks were clearly energised by the exciting Fassi, who played most of his schoolboy rugby at fullback and flyhalf.

Fassi should have had a second try in the 72 minute but there were two forward passes in the build-up to his try.

In an era where quality black back three players are springing up left, right and centre, the Dale College product (Aphiwe Dyantyi's alma mater) could be another one to look out for.

Being a fullback by trade, Fassi could allow Sharks coach Robert du Preez to use Bosch as a flyhalf but that'll mean dropping his name sake son, who had a quiet game at 10.