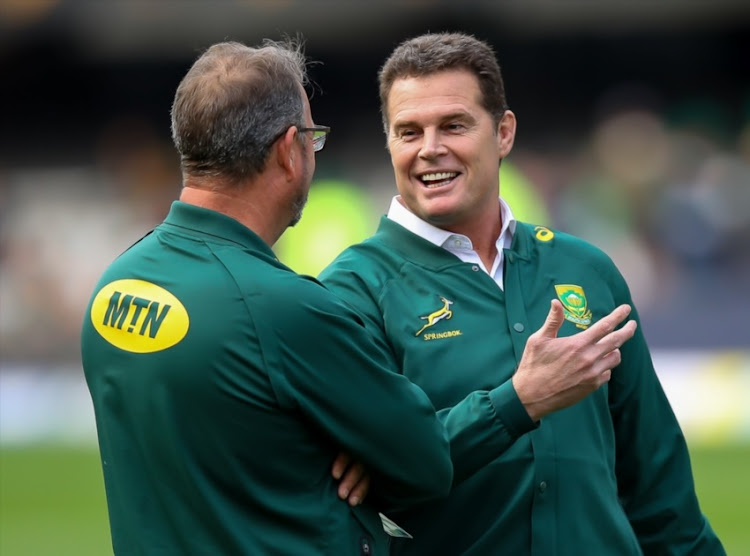 Having missed out on making his debut for the Springboks in their opening Rugby Championship Test against Argentina‚ lock Marvin Orie now finds himself omitted from the squad for the return match in Mendoza on Saturday.

Orie was in the 23-man squad for the Test in Durban‚ but with the fit again Eben Etzebeth playing out of his socks‚ Orie was deemed surplus to requirements.

He has been left out of the 28-man travelling party along with scrumhalf Ross Cronjé‚ centre Jesse Kriel‚ wing Lwazi Mvovo‚ as well as loose forwards Jean-Luc du Preez and Sikhumbuzo Notshe.

Flank Cyle Brink is already out of the squad after suffering a knee injury that required surgery.

After the Durban Test‚ which the Springboks won 34-21‚ Bok coach Rassie Erasmus intimated he would make changes to his match day 23 for the Mendoza clash.

“We’ll make a few changes. Four or five‚" he said. “There will definitely be a different 28 on tour. We will select a different team.

“Elton (Jantjies) will definitely go tour with us. We will play around with what we think they will throw at us and what we think is the best team to handle that.

“Going there I don’t think we have the luxury of experimenting too much.”

Jantjies was indeed included in the squad on Sunday along with Handre Pollard‚ who under achieved in Durban and Damian Willemse who moved into flyhalf when Pollard shifted to inside centre.

Erasmus wants to assemble a team that will absorb the physical examination the Pumas are likely to put them under.

The coach expects the Pumas not just to be fired up but to seek retribution in Saturday’s return Rugby Championship clash in Mendoza.

The Springbok pack bossed Argentina physically in their clash in Durban but on home soil Erasmus expects the hosts to be a different beast.

“Without a doubt (the challenge will be different)‚" he said.

"It will be a massive physical onslaught from them. I know they are fuming. It will be a totally different challenge.

“All of the players who have been there will tell you. They know what they are about.”

Once his team returns from Argentina they will set their focus on the Australasian leg of their commitments. They play Australia in Brisbane before flying to Wellington to play the All Blacks.

Already the five-time champions in the Rugby Championship have laid down a marker.

“We are all chasing them‚” Erasmus said about the All Blacks’ 38-13 win over the Wallabies in Sydney.

“It is just unbelievable.”

Springbok squad to travel to Argentina: