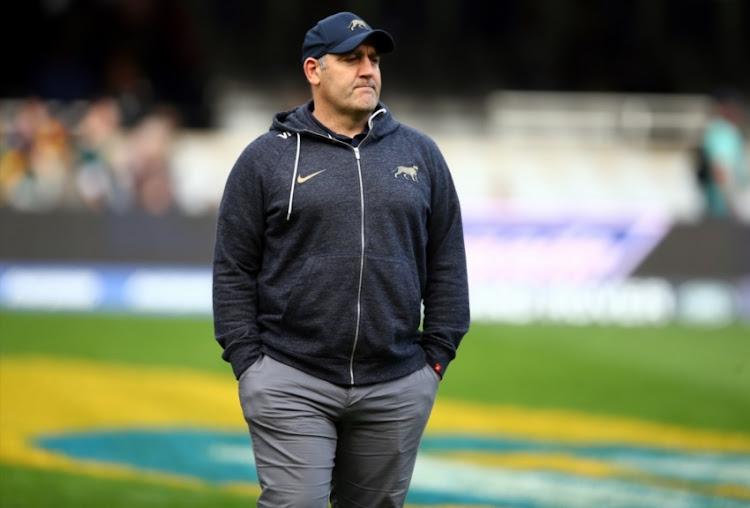 Pumas coach Mario Ledesma called the Springboks the most physical team in the world following his team’s 34-21 defeat in their opening Rugby Championship Test on Saturday.

The Boks took a while to get going but their forwards eventually got the upper hand as the home team ran in six tries to three.

Ledesma was in little doubt the Boks’ ability to crank up the heat in the physical exchanges helped lay the platform for victory.

“They are the most physical team in the world‚ by far.

"We knew what was coming and we couldn’t handle some of that stuff‚” said Ledesma.

The Bok pack with lock Eben Etzebeth in the vanguard gradually took control and the visitors were forced to feed off scraps of possession.

When they attacked‚ they typically had to launch from deep.

“I stopped counting their tries‚” said Ledesma about the six tries the Boks ran in.

“I knew we scored three but I stopped counting theirs.

“Obviously they had the momentum. Much more quality ball than us‚ especially from set piece.

"It is difficult against a physical team like South Africa to keep stopping them. We were just defending and had no quality ball.”

It says much of his team’s resolve that they stayed in the contest for as long as they did.

Sneaking a win‚ however‚ Ledesma conceded‚ would not have been a fair reflection of proceedings.

“At 27-21 we could still win the game but we would not have deserved to win the game‚" he said.

"We were dangerous with the few balls we had.

"We made some clean breaks. In terms of possession we didn’t give up.”

His team also improved in the scrums in the second half which left the coach optimistic about other areas his team can improve before next weekend’s return clash in Mendoza.

“Anglo Saxons say a week is a long week‚” he noted sagely.

Ledesma was asked how‚ in such a short space of time‚ his team could stop the rampaging Bok pack.

“Maybe if they get sick or something‚” Ledesma shrugged his shoulders.

With his first match in charge of Los Pumas out of the way‚ Ledesma could reflect on what the match meant for him.

“It is difficult to measure how important the game is for me when you’ve just come off a defeat and you didn’t play very well.

“We count among the few people to live our dreams. It was special.”