Western Province dealt a dose of reality against Montpellier 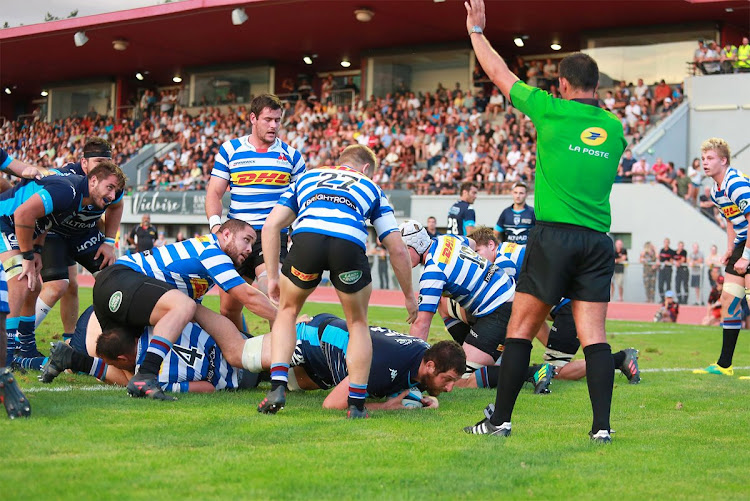 Western Province were dealt a dose of sober reality when they went down 26-7 to a star-studded Montpellier in Millau on Thursday evening.

The match was a preseason clash for both teams with WP set to begin the defence of their Currie Cup title against Free State Cheetahs next week. Montpellier are out to go one better than their runner-up finish in the French Top 14 last season.

After smashing second division Narbonne 59-14 last week‚ WP met a team that showed why they are one of the best in Europe‚ even if the encounter was a ‘friendly’.

The French giants‚ who fielded a team featuring five Springboks and one All Black in the starting XV‚ were just too strong for the youthful WP.

Montpellier scored two tries in each half‚ with the visitors managing one try of their own in a physical encounter.

The early exchanges were tense‚ with the first casualty coming when WP hooker Ramone Samuels was forced to leave the field with a knee injury. That could be a serious blow for the Currie Cup campaign.

The first try came from a lineout drive‚ with Montpellier hooker Bismarck du Plessis crashing over from a maul and fullback Johan Goosen adding the conversion on the 20-minute mark.

Montpellier added a second try just before half time‚ with right wing Vincent Martin put over by centre Frans Steyn. The conversion from Goosen saw the French side take a 14-0 advantage into the break.

Hooker Scarra Ntubeni scored shortly after the break for WP and fullback SP Marais converted to cut Montpellier’s lead to 14-7.

The French side would be next to strike‚ however‚ with centre Yvan Reilhac dotting down to restore the 14-point advantage with just over 10 minutes left.

Montpellier would have the final say when replacement Konstantin Mikautadze scored three minutes from time to seal the win.