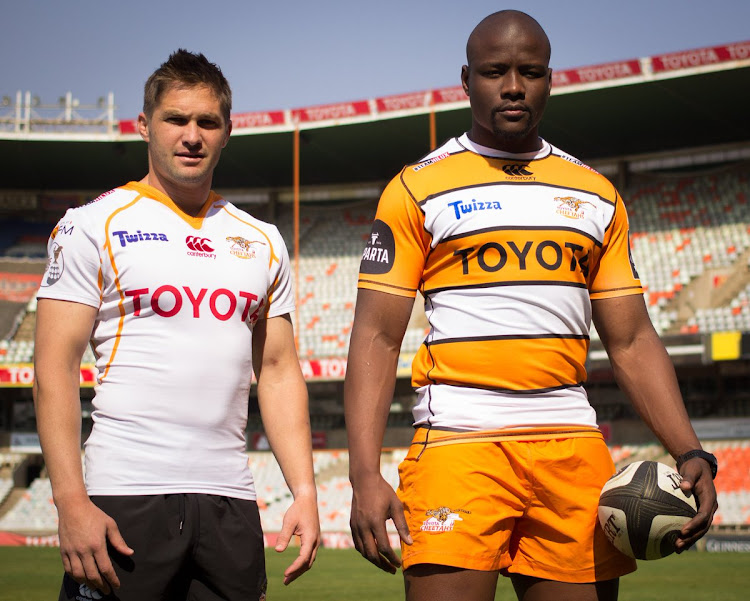 A new competition is about to launch and like clockwork the Cheetahs will go into their Pro14 campaign with a fresh look.

The Bloemfontein based side will wear a newly designed Canterbury playing strip for their home and away matches in their second season in the Pro14.

Their go-to strip is a rapid departure from what their fans have become accustomed to.

“The well recognised orange jersey is now broken up with white hoops and will be accompanied by orange shorts and orange socks‚” the Cheetahs said in a media release with a picture attached of captain Oupa Mohoje in the fresh cloth.

While the hoops will certainly accentuate the curvature of the tight forwards‚ generally speaking the new jersey imparts the look of icons.

In this case the cone of a VLC media player.

The jersey is quite a departure from the Guantanamo Bay jump suit look with which Puma clawed eyes out when they were still the Cheetahs’ apparel sponsor.

The franchise said the new design “will also be used as the new supporter’s replica jersey that will hit the South African market in the latter part of September 2018”.

It will also hit fans’ pockets to the tune of R500 and those who make the purchase will have even more reason to be approached with caution.

The Cheetahs said their alternative strip will consist of “a crisp white traditional jersey accompanied by white shorts and orange socks to give the more traditional look and feel”.

Their Currie Cup jersey also went into the wash. By design it has come out looking like 2006 and 2007 strip in which the Free State Cheetahs won the prestigious trophy.

“This new retro design will be paired with black shorts and the traditional red socks‚” the franchise said about the new garb.

After nine months on the sidelines‚ which included missing the entire 2018 Super Rugby campaign‚ lock Eben Etzebeth is set to be unleashed against ...
Sport
3 years ago
Next Article