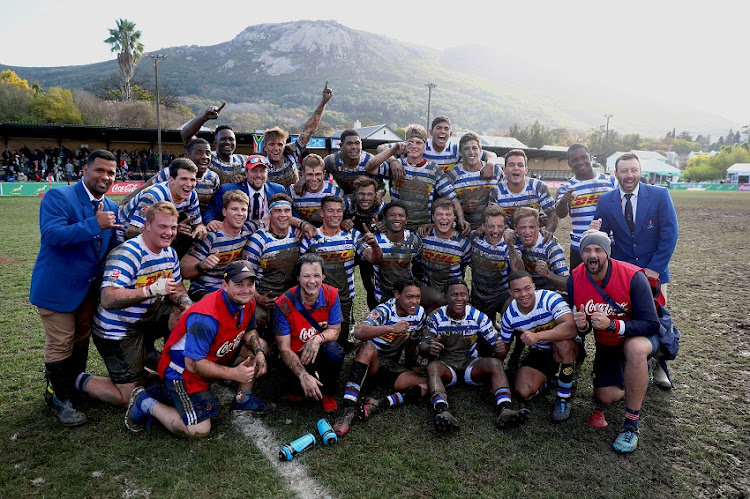 Western Province might not have a tougher game in the upcoming Currie Cup than the pre-tournament warm-up they will play against French club giants Montpellier in that city on Thursday.

The 2018 Top 14 runners-up are in their pre-season and have packed the squad with world stars such as hooker Bismarck du Plessis‚ flyhalf Aaron Cruden‚ No 8 Louis Picamoles and giant wing Nemani Nadolo.

The Currie Cup cannot offer such a wide array of genuine rugby superstars.

Although it's essentially a practice match allowing unlimited substitutions‚ the defending Currie Cup champions can take a lot of value from an opposition that will feature so many world-class players.

"We are facing a top side which is full of quality players and also finishing up their pre-season preparations‚ so we are prepared for a major test‚” coach John Dobson said.

"It has been a great build-up here in Millau‚ where we have been treated exceptionally well‚ so we are looking forward to the challenge that we will face on Thursday.”

Although Dobson was happy with the outcome of the Narbonne match and the performances of individual players‚ he is aware that Montpellier will be massive step up.

“In terms of physical contact Narbonne were superb and I thought the scoreline was more a reflection how we got our attack and defence shape going‚ rather than the quality of the opposition‚” Dobson said.

“The stuff we wanted to work on like our tempo‚ racing to set‚ mauling and skill level in terms of offloads were the targets for the game.

“Particularly impressive were the scrumhalves Paul de Wet and Herschel Jantjies when he came on.

“Sergeal Petersen showed some good touches‚ he is obviously a bit ring rusty so a good 80 minutes against Montpellier should put him right back in the frame.

“They will present a physical challenge‚ we watched their game last week and we know this is a side packed with internationals‚ so playing them away is going to be a helluva test.

"But it is what this team needs and we are really looking forward to it.

“Our breakdown was very good against Narbonne‚ but we know that Montpellier attack the breakdown a lot more physically‚ so that is an area of improvement for us.

"Another one is our scrums and we would also like to push more tempo in the game‚ they are a very big side so we want to push the tempo.”