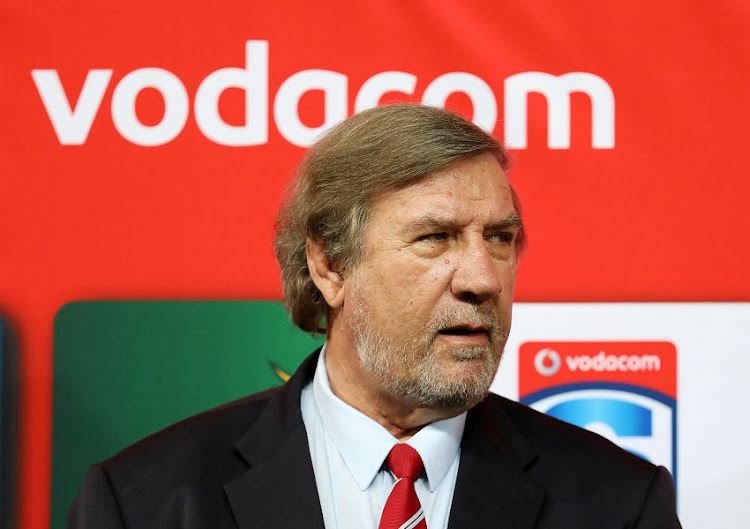 President of the Lions, Kevin de Klerk during the 2017 Super Rugby match between Lions and Sunwolves at the Ellis Park Stadium, Johannesburg South Africa on 01 July 2017.
Image: ©Muzi Ntombela/BackpagePix

Golden Lions president Kevin de Klerk says in the absence of sufficient evidence that a racial slur occurred‚ a Roodepoort Rugby Club player could not be found guilty of such offence.

There is the tacit admission that a racial slur was made‚ but the guilty party could not be conclusively identified.

De Klerk on Tuesday responded to questions relating to the non-guilty verdict in the case involving Roodepoort and Wanderers in which the latter accused a player of the former of using the K-word.

The independent disciplinary committee (DC) instituted by the Golden Lions Rugby Union (GLRU)‚ found Roodepoort Rugby Club not guilty of racism in an Under-21 rugby match that took place in late April.

“There was no clear evidence that suggested the offence took place. There was no affidavit either‚” said De Klerk.

“The case was based on the evidence of Mr. Sanele Ngcobo and Mr. Dawie Giezen‚” the GLRU said in a statement.

“The DC found Sanele Ngcobo to be an honest and truthful witness with regard to the incident and altercation that occurred on 26 April 2018.”

It is interesting that the verdict found Ngcobo to be ‘an honest and truthful witness.’

De Klerk said that it is a case of ‘he said‚ she said’.

Asked whether the slur took place but that the guilty party could not be identified‚ De Klerk said: “I wasn’t there‚ so I can’t”.

In the statement the Lions wrote: “In respect of Count 1: racist remark during field of play the player is found not guilty.

“Although he testified that a racial slur was made‚ he could not identify Mr. Ruben Chambers and/or any person who called him a racist and/or used any racial slurs and/or verbal racial abuse.

De Klerk said it was normal for the union to refer the matter to a DC.

“This is not a process in which we can get involved in‚” said De Klerk.

“This is a sensitive matter and we cannot be seen to obstruct the case‚ or try and influence a certain outcome. As far as we know everything was done to reach a proper conclusion.

“I know the process had been delayed a few times at request of the respective parties as they prepared for the case.”

De Klerk said the union will have to adjudicate the matter in house if the verdict is appealed.

“That is something that we will have to deal with‚" he said.

"There is‚ however‚ a certain period by which the appeal has to be made.

"To my knowledge there has been no appeal.”

He could not say how long that period is.

Chambers‚ the accused‚ was‚ however‚ found guilty of striking a player and was effectively banned for one match.

“After considering all the evidence‚ the DC was of the opinion that the following was an appropriate sanction: Ruben Chambers is suspended for four (4) rugby games‚ whereof three games are suspended until the end of the 2019 season‚ on condition that he is not found guilty of contravening Rule 10(A) of the Laws of Rugby‚” said the statement.

Lions chief executive Rudolf Straeuli is in Dubai and could not be reached for comment‚ while DC chairman Boela van der Merwe had not returned our call by the time of writing.