‘We are getting closer‚’ says Lions captain Whiteley 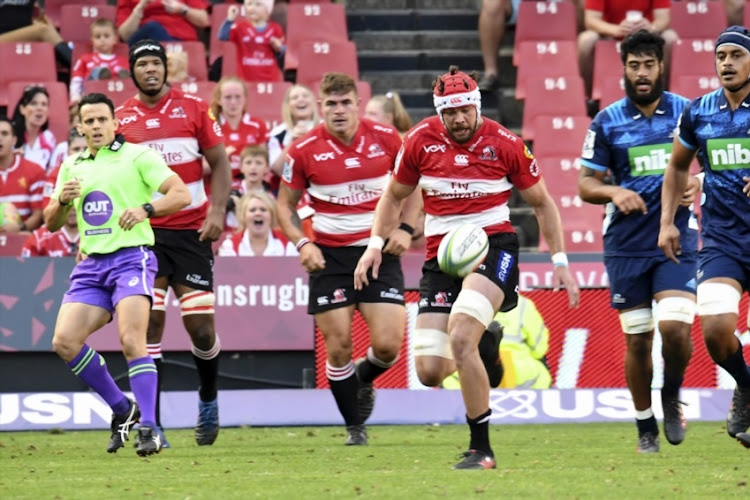 Lions captain Warren Whiteley paid tribute to the effort of his side after they lost a third consecutive Super Rugby final on Saturday.

This time they fell short 37-18 to the Crusaders in Christchurch.

“The boys threw the kitchen sink at it‚” sighed Whiteley.

“It’s tough. That is all you can ask for. They showed a lot of character and heart.

“Credit to the Crusaders. They had to stop our maul. They stopped our scrums.

“We had so much possession. We really did give it absolutely everything. You just can’t ask more from the boys. The Crusaders are a championship side‚” said Whiteley.

As expected‚ the visitors were gallant during‚ and gracious after the final.

The harsh reality however is that the Lions will wear the bridesmaid’s tag for another season.

Having lost to the Hurricanes in Wellington in 2016 and the Crusaders in Johannesburg last year‚ they were tasked with winning the trophy in Christchurch‚ a venue where no other team has ever won in a play-off match.

They toiled hard and made a fist of it against a resilient Crusaders team. The Lions enjoyed 65 percent of the territory and 55 percent of the possession but could not make sufficient inroads against an obdurate Crusaders defence.

It helped the Crusaders surge to their ninth title‚ winning it at home for the first time in a decade.

The Lions initially made a feisty attempt to break the Crusaders’ hegemony on home soil by dominating the opening exchanges‚ although their dominance in territory and possession yielded very little.

As you’ve come to expect the Crusaders were ruthless when opportunities presented themselves. Seta Tamanivula‚ who incidentally also scored the first try in last year’s final‚ touched down in the first half‚ followed by fullback David Havili before the break.

While the Crusaders were more alert to opportunity‚ the Lions‚ although full of fight and spirit‚ failed to effectively deploy their vaunted driving maul‚ while some mind lapses cost them too.

The Lions needed their marquee players to deliver a big performances and only hooker Malcolm Marx came out of the contest with his reputation intact.

They again lacked killer instinct in the competition’s climax. While they huffed and puffed at the Crusaders defence‚ they didn’t seem to do so with conviction.

“It is also a sign of a championship side. They would get one opportunity and they’d score. We would get five and they will hold us out. They deserve it. They defended and defended.”

The visitors’ much-vaunted maul was neutralised.

“We tried the front. One to the back. We went straight. We pretty much did everything we could. They were just very good. There is nothing else you can say‚” said Whiteley about the Lions’ lineout and resultant maul.

Naturally‚ losing three finals will sting in the Lions’ camp.

“I’m gutted. It is tough being there three times in a row‚” said Whiteley.

“I’m proud of the guys to have that consistency. What we can learn from tonight is that defence wins you finals. The Crusaders showed it.

“This is probably the toughest place to come and play Super Rugby.”

Whiteley then sought to bring perspective to the journey the Lions have been on over the last five or so seasons. They were relegated from Super Rugby but returned after winning a promotion-relegation battle against the Southern Kings.

“Today five years ago is when we gained promotion‚ back to Super Rugby. If you think we played in three finals since then we can only be grateful. We can only keep going. Keep believing.

“We believe we can do it. We believe we are getting closer. It is tough‚ man. We are going to keep fighting.”