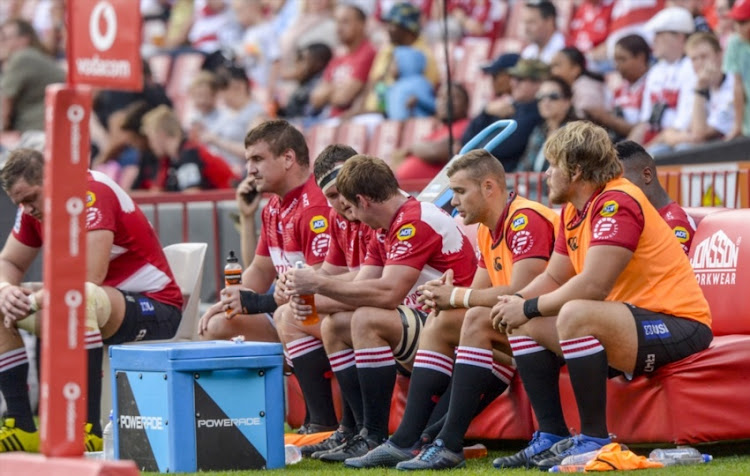 Southern Kings wing Sibusiso Sithole says the Lions need to stick to what has worked for them if they want to beat the Crusaders in Saturday's Super Rugby final in Christchurch.

Sithole‚ who scored one of three tries in the Sharks' ground-breaking 30-25 win against the Crusaders on May 17‚ 2014‚ said they felt the reputation of the Crusaders when they arrived in the city and the intimidation alone was enough to knock them off their stride.

The Sharks' win remains one of only two South African Super Rugby wins in the South Island city.

“I'm not the biggest rugby expert but if there's something they could do‚ it's to stick to their guns‚" Sithole said.

"While not many teams have beaten the Crusaders‚ they're still beatable.

"They mustn't deviate from the formula that got them into the final.

"There are small changes they'll need to make but they mustn't change their DNA to suit the Crusaders.

“The Crusaders team are a successful unit and when you get there‚ you already have that nervous feeling about the game.

"Just being there is intimidating because they're a decorated Super Rugby side and they always have proper teams.

"It's that kind of intimidation before anyone has told you anything.”

In the 2014 game‚ the Sharks were reduced 14 men in the 17th minute when Jean Deysel was sent off for stamping on Jordan Taufua‚ who was preventing him from leaving a ruck.

They also had Willem Alberts yellow-carded in the 64th minute but the Jake White-coached Sharks were a boring but process-driven team.

Sithole said they were ready for any eventuality and their precise preparation kept them in the game despite the personnel shortages.

“Jake was very pedantic about pre-game preparation and that was his biggest thing. With the systems he came up with for that specific game‚ he knew how to beat them and he paid particular attention to detail.

"Even when we had players sent off‚ we were ready because Jake was all about repetition and we'd gone through the drills so many times. We just kept calm and stuck to our processes‚” Sithole said.

“When you play against the big teams‚ even when you lead or when you score‚ you always have that shadow of doubt creeping in.

"When we scored‚ the guys realised that even though we were playing against a great team‚ they were beatable.”

The Sharks returned to Christchurch just over two months later for a semi-final but the Crusaders‚ who not only had ace pivot Dan Carter back‚ made seven more personnel changes that include the return of star loose-forwards Richie McCaw and Kieran Read.

Sithole started on the bench and came on for SP Marais in the 55th minute but what Sithole remembers the most from the 38-6 semi-final thrashing was the intense and relentless pressure applied by the Crusaders.

Interestingly‚ when the Crusaders met the Sharks in this year's quarter-final‚ they had eight survivors from that semi-final while the Sharks only had two in Lwazi Mvovo and Thomas du Toit.

Taufua will miss the final because of a broken arm sustained in last week's 30-12 semi-final win against the Hurricanes.

“I came on in the second half but I promise you‚ in the 30-something minutes I played‚ they just came in waves‚" he recalled.

"They had a side to side method where they consistently came at you with no respite.

"Then they'd pop up-and-unders in the five metre areas that they always contested because they didn't kick them long. You'd stand there as a wing‚ it's wet‚ the ball comes and they're there in numbers.

"Even if you catch the ball‚ they're there in numbers and they get the ball.

“Everything went right for them in the semi-final and you could see they were prepared.

"They've been at this stage before‚ they knew what they wanted‚ how things should be done and we weren't going to stand in their way.

"We prepared well even though the travel worked against us. We left South Africa on Sunday and arrived on Tuesday morning.”

Aphiwe Dyantyi will have to save his potentially explosive impact for the second half in Saturday’s Super Rugby final after he was named on the bench ...
Sport
3 years ago

Lions’ talisman Elton Jantjies says the lessons‚ if not the pain‚ of two previous finals are the best preparation a team could hope for going into a ...
Sport
3 years ago
Next Article