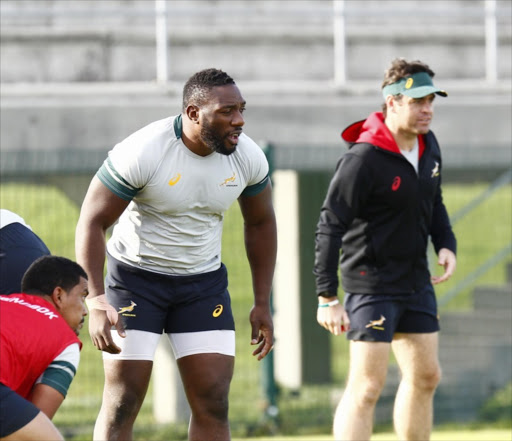 Eight Sharks’ players have been added to the Springbok training group for this year’s Rugby Championship.

They will join the camp on Thursday in Stellenbosch‚ where the group is currently busy with preparations for the next month’s Rugby Championship.

Players from the Lions will be added to the training squad once they have completed their Super Rugby commitments. The Lions tackle the Waratahs in the semi-finals at Ellis Park on Saturday.

Springboks flyhalf Handrè Pollard is backing Siya Kolisi to continue as captain when the national team resumes their international commitments with ...
Sport
4 years ago

Meanwhile‚ Cobus Wiese and JD Schickerling have both been released from the training camp back to the Western Province Currie Cup team.

SA Rugby said in a statement: “The Springbok coaching and conditioning staff are managing the workload of the national players after a strenuous Super Rugby campaign‚ which for instance sees resting periods for several Springboks who were involved in the June internationals.”

The Rugby Championships kick off on August 18 when Australia host New Zealand in Sydney. Later in the day South Africa host Argentina in Durban.