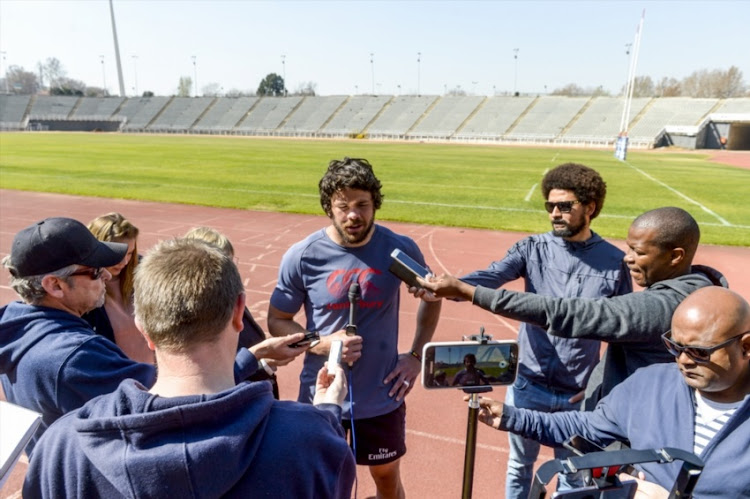 Lions captain Warren Whiteley can’t wait for the tactical battle to unfold when his team takes on the Waratahs in their Super Rugby semi-final at Ellis Park on Saturday.

Tactics could to a large degree determine the outcome of their semi-final and the Lions captain is almost giddy in anticipation.

“I’m quite excited to play this weekend‚" he said.

"Tactically it is going to be quite interesting to see what they do in those first 20 minutes.”

With both teams having made it clear they are unlikely to deviate from the tactical path that got them to the semi-final‚ Saturday’s clash will be as much a battle of wills‚ as it is of skill.

Their experience of play-off matches over the last three years has taught the Lions “not to change‚” said Whiteley. The Waratahs too subscribe to a ‘what you see‚ is what you get‚’ approach.

“The reason these two teams are in the semi-finals is because of the way they play the game‚" said Waratahs assistant coach Chris Malone.

"It would be crazy for us to try and alter the way we play the game.

"It got us to where we are now and we have to be true to ourselves.”

Whiteley went on to deconstruct the Waratahs and what they are likely to present the Lions tactically on Saturday. “They pose an attacking threat‚" he said.

"They have smart players.

"They probably don’t want to kick out this week‚ I assume.

"They’ll want to keep the ball in play.

The Tahs will try and avoid prolonged combat in the set pieces‚ not because they are unable to assert themselves in the scrap for possession‚ but because the Lions have excelled at it.

The Lions have won 90 percent of their feeds at the line-outs and they have clawed lumps out of their opposition at scrum time.

Whiteley‚ however‚ knows presenting the Sydneysiders the ball on a platter from open play would be fraught with danger.

“When they get front foot ball they’ll be dangerous as well as from kick receipts. They will counter. We will have to be very good in terms of our contestable kicks. If they have time on the ball‚ they have time to think.

"They’ve scored plenty tries‚” he said of the team that scored the third most tries behind the Lions and the Crusaders in the league stages of the competition.

The threat the tourists present in open play‚ especially out wide‚ is all too apparent.

Playing with composure and not leaving yourself exposed to the whims of the officials are also key elements in meeting success in the play-offs.

The Lions can only ponder what might have been had flank Kwagga Smith not been red carded in last year’s final against the Crusaders.

“As a player you just have to focus on playing‚” advised Whiteley.

“It is difficult and there is frustration but you have to put that in your pocket. It is tough at times.

"You just have to try and stay calm and say ‘great call ref’ and hopefully you get the next one.”