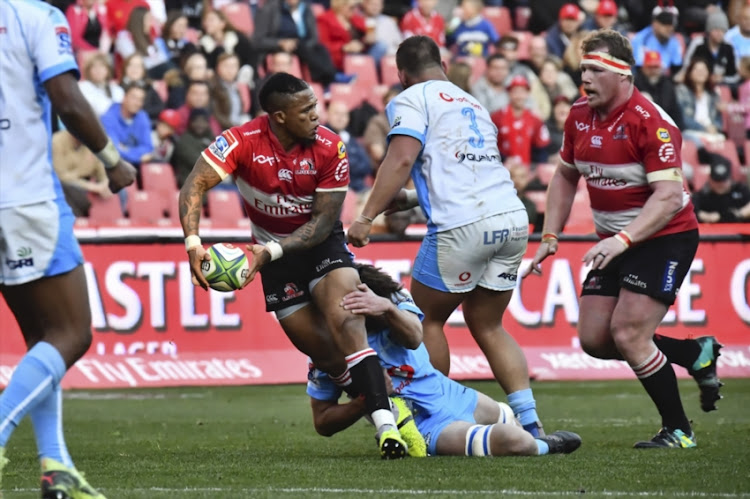 It would be a gross oversimplification‚ if not an insult of rugby’s many moving parts‚ to suggest that the result of Saturday’s Super Rugby semi-final rests in the hands of opposing flyhalves Elton Jantjies and Bernard Foley.

Still‚ they wield huge influence on the fortunes of the Lions and the Waratahs respectively‚ and it is a point not lost on the visitors’ assist coach Chris Malone.

“I think they enjoy playing each other‚” said Malone at the Waratahs’ training base for the week in the north of Johannesburg.

“They are two very good players with huge influence on their teams. Elton is the linchpin of the attack for the Lions. He’s a quality footballer. We must make sure we don’t give him too much room to move‚” said Malone who takes charge of the Waratahs’ attack as well as their backs.

Jantjies was particularly influential in last weekend’s quarter-final win over the Jaguares. He banged over all seven kicks from the tee and added a dropped goal for a tally of 20 points.

Foley went even better in the Waratahs’ come-from-behind win over the Highlanders in Sydney. “He contributed 25 points to our victory last weekend‚” reminded Malone. “He is the Wallaby No10 and he’s the best No10 in Australia.

He’s one of the best players in the world. He’s got a big support crew in the guys around him too. We need all our players to be at the peak of their powers to continue in this comp beyond Saturday.”

Foley has had to shoulder extra responsibility after regular captain Michael Hooper was injured in the June Test series against Ireland.

“He’s done excellently‚” said Malone about Foley’s leadership. “He’s really stepped into that void left by Michael Hooper. Bernard has never been short on confidence. He’s adapted into that role very well. He’s got great respect within the group and the players love him. He’s even more determined now that he’s captain to get a result.”

Of course both teams possess considerable threat outside the flyhalves. The Lions have wings in Aphiwe Dyantyi and Ruan Combrinck who have a knack of maximising opportunity.

As Malone suggested Foley has a considerable support crew with inside centre Kurtley Beale‚ wing Taqele Naiyaravoro and fullback Israel Folau their most potent attackers.

It is Folau’s aerial skills that many have looked up to. Dyantyi‚ Combrinck and fullback Andries Coetzee can expect to look skyward often on Saturday.

“We haven’t tried to hide the fact that we’ve got the best player in the world in the air in Israel Folau. It would be crazy of us not to try and use him‚” said Malone.