Malcolm Marx brilliant at Ellis Park as Lions march on 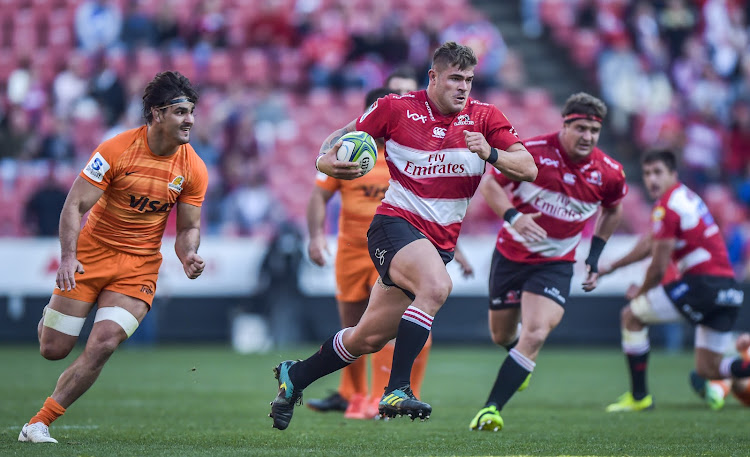 When he left the field he looked spent.

Malcolm Marx had left it all on the Ellis Park turf‚ having delivered another master-class in contemporary hooker play.

The crowd gave him rapturous applause for his efforts in helping the Lions subdue the dangerous Jaguares 40-23 in their Super Rugby quarter-final.

Marx‚ South Africa’s current Player of the Year‚ truly lived up to that billing.

He proved a constant menace with the forceful ball carries‚ timely interventions in exacting steals at the ruck‚ even contributing a long range intercept try.

Lions captain Warren Whiteley reminded‚ however‚ that praise for the win shouldn’t be narrowly focused.

“Collectively it was a massive effort‚” said Whiteley.

“You also have to look at the guy who makes the tackle.

"That’s the guy who allows Malcolm to make the steal. Often that is the guy that doesn’t get any credit.

"We made some good leg tackles and that allows the next guy to steal. A guy like Malcolm‚ jeepers.

"You don’t move him from there (when he’s busy exacting a steal). I think Kwagga (Smith) got one or two.

"I thought Marnus (Schoeman) was excellent when he came on.”

Marx’s movement was slow and required effort by the time he left the field.

In the first half flank Cyle Brink also produced a barn storming performance.

A thunderous collision in the tackle in the 20th minute‚ however‚ took its toll and he played no part in the second half.

“Cyle has a shoulder stinger‚” said De Bruin‚ suggesting Brink will be ready to take his place against the Waratahs in the semi-final at Ellis Park on Saturday.

Whiteley though‚ was spot on. There were a number of Lions who stood tall against the Jaguares.

He delivered an unblemished kicking performance.

“He doesn’t lie down. He keeps on going. He’s a fighter for the team. He had another good game. These guys who criticise him must relax now.

“Also‚ our subs made a helluva difference when they came on‚” noted De Bruin.

The Lions’ defence stood firm in the second half as the Jaguares attempted a spirited rear guard action.

“I thought our defence was great‚ at times‚”said De Bruin.

“That was a very tough team. The Springboks will play 95 percent of them.

" They are a side of international players. It was an all round performance.”