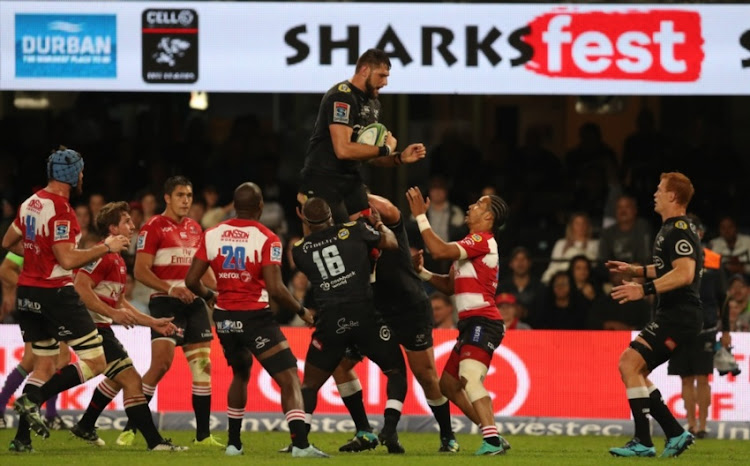 Whether the current Super Rugby format is the best is a matter that’s still up for debate but what can’t be denied is that the eight best teams have made the playoffs.

Whatever chaff that remains will be sifted from the grain from Friday in Wellington and Saturday in Christchurch‚ Sydney and Johannesburg.

The Lions and the Sharks hold the hopes of the inconsistent South African challenge and how they proceed from their quarterfinals will have a significant bearing on how the Springboks will approach the Rugby Championship.

Barring an upset in Christchurch between the Crusaders and the Sharks‚ this game is insignificant from a South African perspective.

The winner of this game will face the victors of the Christchurch match but this could prove to be the most electric of the quarterfinals.

The New Zealand teams have taken chunks out of each other while bashing the other teams in the inferior conferences.

The current nature of Super Rugby hasn’t benefited these teams because if they were ranked on the points they have accrued‚ the Hurricanes (51) and the Chiefs (49) should be hosting quarterfinals against the Jaguares (38) and the Highlanders (44) respectively instead of facing each other. But their lot has been cast and this should be a cracker of a game.

If ever there is a game where the outcome is predetermined by log placings‚ this is the one.

The Crusaders haven’t lost a home game in two years and the Sharks‚ who have been impressive against New Zealand teams this season (three wins from four matches) don’t have the benefit of warming up with the pre-trip to Australia before confronting the New Zealand challenge.

There’s also the significant matter of South African teams having never won a playoff in New Zealand. It’s a tough ask for the Sharks but it’s the price they have to pay for being inconsistent.

This is where inconsistent meets chaotic‚ even though the former triumphed over the latter on May 19. It was an important result from an Australian perspective as the 41-12 hammering snapped a 40-match winning streak New Zealand teams had conjured up against their Australian rivals.

It is a playoff game and it’s a stage where Australian teams have been routinely embarrassed by their New Zealand foes. No Australian side has beaten a New Zealand team in a playoff since the 2014 final‚ which the Waratahs won against the Crusaders.

The Waratahs and the Brumbies have been repeatedly felled by New Zealand teams in the subsequent years but the Waratahs will back themselves to win despite their dogged inconsistency.

For a third consecutive season‚ the Lions were the best South African Super Rugby outfit‚ but at no stage have they been convincing. A team that lost to the Blues at home cannot be trusted‚ especially against a Jaguares who may have lost both of their league games in consecutive weeks but are ready for this fixture.

The Jaguares have been in South Africa for three weeks now and are prepared from an altitude perspective. The Lions still have a strong record at home but the Jaguares‚ who won four consecutive matches in Australasian‚ can’t be underestimated.

The Jaguares also rested their star players last week and pick their strongest side for their first ever Super Rugby playoff. Anything in this game is possible.