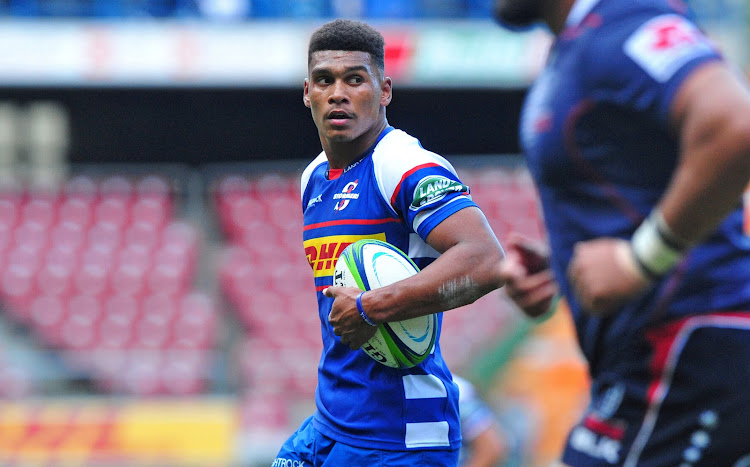 Damian Willemse of the Stormers during the 2018 Super Rugby game between the Stormers and the Rebels at Newlands Rugby Stadium, Cape Town on April 27 2018.
Image: Ryan Wilkisky/BackpagePix

Bulls flank Marco van Staden‚ who was originally set to make his Test debut in June after being included in the squad only to be injured on the day the group was announced‚ is also back.

Eben Etzebeth‚ who has played no Super Rugby in 2018 following nerve damage to a shoulder sustained last November‚ is also included in the 22-man group. Other notable additions are props Coenie Oosthuizen and Trevor Nyakane‚ who missed June’s Tests against Wales and England through injury.

No players from the Sharks or the Lions were included as they are still involved in Super Rugby play-offs.

“We’re very pleased that several players got the opportunity to gain Test experience during the June internationals and we are now looking forward to working with more of our most promising players‚ such as Damian‚ Salmaan‚ Marco‚ JD and Cobus‚” coach Rassie Erasmus said. “It’s also good to have Eben and Coenie back with us after they’ve spent a considerable amount of time out of action because of injury.

"Once fit and available again‚ they will add considerable experience to the squad.” The bulk of the squad will start with training this week‚ while a few of the Cape-based players already did some individual training activities under the watchful eye of the Springbok coaching and conditioning staff in Stellenbosch.