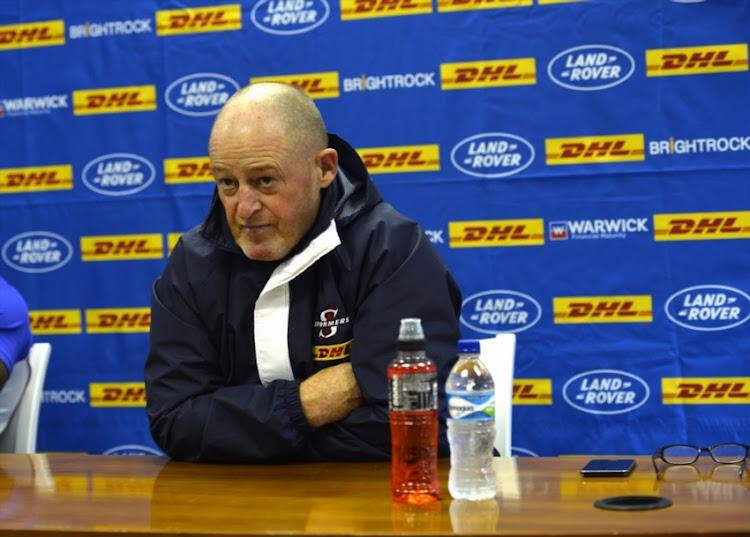 Stormers assistant coach Paul Feeney has come out swinging against criticism of the team’s 2018 Super Rugby campaign that has yielded only five wins in 15 games.

Unsurprisingly the Stormers are out of play-off contention and coach Robbie Fleck is coming under increasing pressure.

Fleck is in his third year at the helm and still has one more season to go on a four-year contract.

But Feeney‚ the New Zealand skills specialist brought in by Fleck‚ has just completed his second year with the team.

He believes there should be more patience from the Stormers board.

“We’ve tried things this year‚ but I see Rob’s (Fleck) name up in lights in the past few weeks‚” Feeney said.

“From last year‚ nearly beating the Chiefs in a quarterfinal and everyone saying how improved the Stormers were‚ to now saying he’s turned into a shit coach‚ surprises me.

“I’ve been coaching for 25 years. I don’t see how coaches go from being good one year to useless the next year.

“As assistant coaches we should all be lumped in there with him. We decided to try some new things this year. You have to look forward and develop your group.

“We looked to change things and get gains so we don’t just follow other teams and other trends. Some of them didn’t come off and some of them were my ideas.

“But this is year two for us as a complete coaching group‚ and we even changed coaching descriptions to see if that could give us an edge. Now we can look back and assess what worked. Now we can target year three‚ which is what most coaches target.

“Year one is about learning to work together and your planning in terms of who you’re contracting and where your holes are. Year two you want to build on it a bit and year three you should be all guns blazing. That’s how we’ve gone about it.

“Some things haven’t worked‚ but we’re a lot better off now knowing what works and what doesn’t. We can take these learnings forward.”

Feeney pointed out that the Bulls and Sharks were not much better off in terms of wins and losses‚ but that they weren’t suffering the same negative press.

The Bulls though are in their first year under coach John Mitchell and the Sharks in their second under Robert du Preez.

“If every coach is scared of losing his job in year two‚ then no one will ever try anything and you’re not going to push the group forward‚” Feeney said.

“I can either coach or I cant‚ it’s as simple as that. If I have a season that isn’t as good as the one before‚ does that make me a bad coach? I don’t think it does. I don’t turn into a bad coach over 12 months because of a couple of results.

“The Bulls are also on five wins‚ I don’t see it written in the press that John Mitchell is a bad coach. The Sharks are on six victories‚ is Robert du Preez a bad coach?

“We are all fairly similar at the moment.

‘I have no doubt Robbie Fleck is a good coach. After 25 years coaching‚ 18 as a professional‚ I’m right behind him. We’ve always talked about 2019 being the year we could push for the title and that is still the plan.

“We changed our defensive‚ attack and exit structures and we wanted to push the boundaries on playing the game and getting the edge. In hindsight some of things weren’t right‚ bit we are better coaches for it.”