Siya Kolisi sees breakdown as key for Boks against England 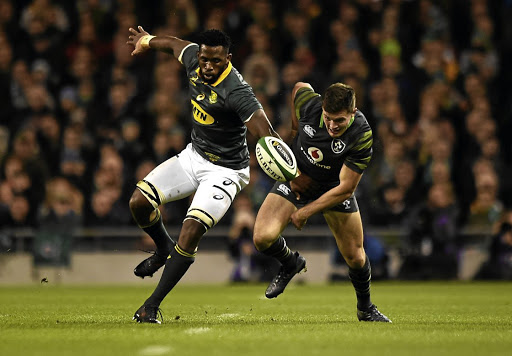 Springbok coach Siya Kolisi has identified the battle of the breakdown as one of the key areas where they must be at their best when they take on England in the first of three Test matches at Ellis Park on Saturday afternoon.

Speaking at his captain’s press conference at the team’s base in Montecasino in Johannesburg‚ Kolisi said the Boks must properly execute the plan to disrupt the momentum of the likes of Tom Curry‚ Billy Vunipola and Chris Robshaw.

“The breakdown is going to be huge but the other important thing is obviously the forward battle‚” he said a day before he becomes the first black African Bok captain.

“Chris Robshaw is big on the ball and he is experienced and together with Tom Curry they are going to bring that battle. Billy Vunipola and his brother are the main carriers‚ so we are going to have to stop their momentum.

“They are very heavy guys. If Vunipola gets over the advantage line he is dangerous. We are going to have to check up on that and I am expecting a tough battle because they have a strong pack‚ they work very hard and it is going to be a tough battle.”

The Springboks will be without Bismarck du Plessis and Malcolm Marx but Kolisi said their unavailability does not mean his role is going to change in the game.

“Their unavailability does not change my role at all. The thing about us is that every single guy can slow down the ball or fetch‚” he said.

“That is the system that we have been working on this week – we don’t have a designated guy where we say you are the fetcher in the team.

“We are going to have to slow down their breakdown and each guy can do that in our team. We have been trained that way‚ we have a solution because we know how dangerous they can be with their forwards getting on the front foot.”

Kolisi added that the Boks may have surprise England because they have little known outside backs like Lukhanyo Am‚ S’busiso Nkosi and Aphiwe Dyantyi.

“I think the guys that have been given opportunities are good but I am sure that England will do their research and they will know what to do.

“I have always said everyone is good enough to play Test rugby‚ what is important is who wants it more. We will take the opportunities when they come.”