Five England players to watch against the Springboks at Ellis Park 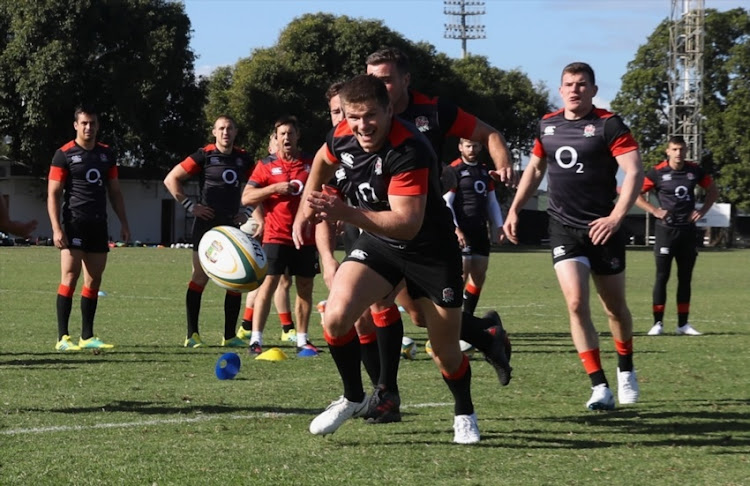 Although England have struggled recently and they are in South Africa without a host of injured players‚ coach Eddie Jones still has a formidable group to choose from.

In the first Test against the Springboks at Ellis Park‚ who are the five England players that could give the tourists the edge they need at a venue they have not won at since 1972?

1. Owen Farrell – The skipper who can play flyhalf or centre is the brain of England’s operation and one of the most tactically astute players in the world.

Whether he’s wearing 12 or 10 on his back‚ Farrell will constantly be stabbing kicks in behind‚ attacking the gain line and bringing players around him into the game.

He is a handful‚ especially if the pack puts him on the front foot.

2. Ben Youngs – The combative scrumhalf with 74 Test caps brings a precise kicking game as well as doing the basics of his position well.

His accuracy with the boot gives England options to attack aerially and also relieve pressure when they need to.

Youngs is also a master at directing his forwards during phase play and will not shy away from defensive work around the fringes either. Scored two tries against the Boks at Ellis Park in 2012.

3. Maro Itoje – The Saracens lock is one of the best in the business because of his physicality‚ skill and mobility.

His natural athleticism has seen him selected at blindside at Test level as well.

He is similar to Pieter-Steph du Toit in terms of his general play‚ while he also brings a fierce competitive nature‚ which can sometimes spill over in the heat of battle.

But he’s a man England look to‚ to spark the team when matches are on a knife’s edge.

4. Mako Vunipola – The giant tighthead and veteran of six British & Irish Lions Test caps‚ is the man tasked with putting England on the front foot in set phases as well as winning front foot ball in the tight loose.

The marauding prop is a tough man to bring down when he runs on to short passes in broken play.

He is also an immovable object in the scrum. Dominate him‚ and the Bok pack will go a long way to winning the forward’s battle.

5. Billy Vunipola – The No 8 is England’s supreme go-to man in the battle to win collisions because he is such a willing‚ and powerful‚ runner into contact.

In 2014‚ the last time South Africa beat England‚ Billy was sent up the guts all afternoon and met with fierce resistance on the gain line by opposite number Duane Vermeulen.

The big Bok No 8 won the battle that day but he will have to be at his best to stop the 126kg England battering ram this weekend.

Injuries have plagued the younger Vunipola for the past two seasons but he is finally fully fit‚ which spells trouble for the Boks.