Junior Boks change it up for France 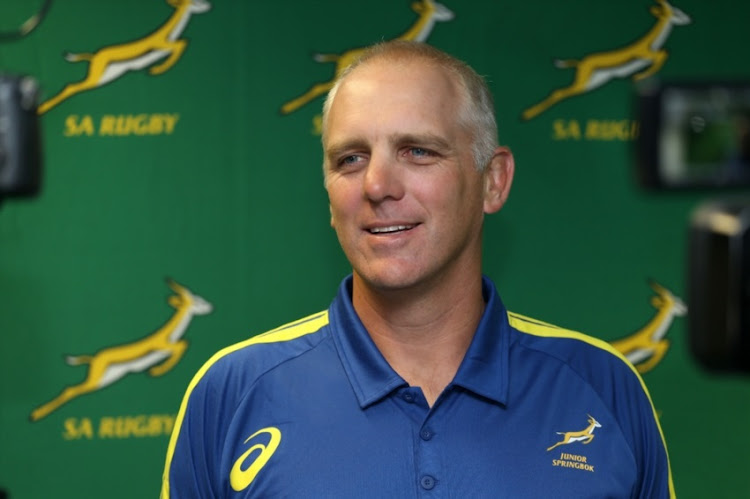 Junior Springbok coach Chean Roux has overhauled his team for the final Under-20 World Championship pool match against France in Narbonne on Thursday.

Injuries dictated some of the changes – at flyhalf and wing where Damian Willemse and Muller du Plessis were ruled out of the tournament after picking up injuries in 30-17 win over Ireland on Sunday – while others were tactical.

Wandisile Simelane‚ who scored a hattrick against Ireland‚ moves from centre to wing‚ replacing Du Plessis and Lubabalo Dobela comes in at flyhalf for Willemse.

Dobela will make his first start in the competition‚ while Simelane’s switch sees Manuel Rass start in the midfield with Lyle Hendricks.

Flank PJ Steenkamp will join Dian Schoonees and Muller Uys in the loose trio‚ and Ruan Vermaak partners up with captain Salmaan Moerat at lock.

The other change in the starting team is at hooker‚ where Schalk Erasmus comes in for Daniel Jooste‚ who suffered a rib injury at training on Tuesday.

On the bench‚ versatile front-rower Tiaan van der Merwe provides cover at hooker‚ and David Coetzer‚ who joined the team in France on Tuesday morning‚ at flyhalf. They are both in line for their World Rugby U20 Championship debuts.

Winger Sihle Njezula‚ meanwhile‚ makes a welcome return to the match-day squad among the replacements after recovering from the ankle injury he suffered during the 33-27 win over Georgia in round one.

“Unfortunately we had a few injuries‚ but we also looked at the group as a whole‚ and the players that are coming in deserve their places in the squad‚” said Roux.

“This is a reward for all their hard work‚ and I believe they will make a big contribution.

“It is a big challenge to face the host nation.

"They will be passionate and so will their supporters‚ and as a team they are big and strong. But we are looking forward it‚ and we are excited about the match.”

Roux‚ however‚ said his charges knew what they had to do to ensure that they guarantee their place in the semi-final.

“I think we are moving in the right direction as a team‚ and getting better as the tournament progresses‚ although we still haven’t played to our full potential.

"The important thing will be to put in a proper 80-minute performance‚ as opposed to playing in patches‚” said Roux.