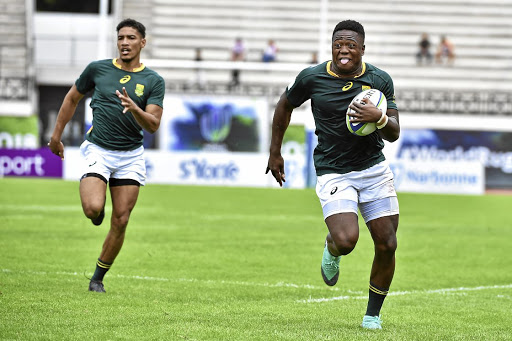 A second-half hattrick by centre Wandisile Simelane sealed a scrappy 30-17 win for the Junior Springboks at the Under-20 World Championships over Ireland in Narbonne yesterday.

Simelane showed superb game awareness, speed and desire on his way to tries that extracted SA from a tricky situation after Ireland led early in the second half.

The win moved SA to top of their pool with 10 points from two matches, with France to come at the same venue in a group decider on Thursday.

It was a second error-strewn performance from SA but the bench proved decisive, with replacements giving the team impetus at the right time.

After moving into a 12-0 lead inside the first quarter the Junior Boks made the most of scraps of possession and territory they earned.