Fleck stays positives as pressure from above mounts 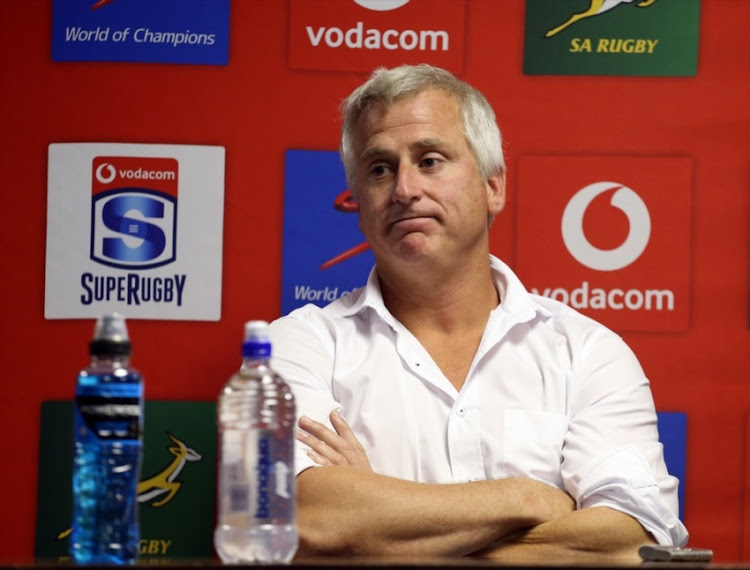 Robbie Fleck (Coach) of the Stormers during the Super Rugby match between DHL Stormers and Chiefs at DHL Newlands Stadium on May 12, 2018 in Cape Town, South Africa.
Image: Carl Fourie/Gallo Images

Stormers coach Robbie Fleck is doing his best to remain upbeat with a big assignment against the Lions coming‚ but it won’t help his demeanour that he is under pressure from above.

"We have to strengthen it and rebuild.”

He didn’t elaborate on what exactly that rebuild included‚ but it should also include an assessment of the entire management structure at the union from the top down.

The WP board meets at the end of the month and like every year‚ there will be a full wash-up of the campaign in August after the 2018 Super Rugby season is over.

There is no doubt Fleck’s position will come under review.

The Stormers are currently last on the SA Conference with 24 points from 13 games and 11th in the overall standings.

“We know we haven’t performed this season like we should have and our results and log position reflect that‚” Fleck said.

“We know it isn’t good enough and we need to address our inconsistency.

"When we do put together an 80-minute performance we are a quality outfit. We have underperformed at times this year and we know that.

“At stages we have put some of the strongest teams under the pump and when we do click not many teams can handle us.

"We showed that in periods away against teams like Crusaders and also at home plenty of times.

"It’s just that we haven’t put together that 80 minute performance and there have been too many soft moments.”

Fleck‚ who has endured his toughest year as head coach with his side losing eight of its 13 matches so far‚ is only focused on restoring some pride against the SA Conference-leading Lions at Newlands on Saturday.

Mathematically the Stormers are still in the play-off hunt but the chances of making the top eight now are about as remote as Fleck coaching the Springboks at the 2019 World Cup.

“The Lions are the top team in the country and they are where we want to be but we’re not there yet‚” said Fleck.

“They’ve had a long run of success against fellow South African teams so obviously winning against them will be an achievement and will give us confidence.

"The motivation in the squad is massive and we are disappointed with where we are. But we’re still in it (in terms of the quest for play-off places) and anything can still happen.

"This is a damn fine rugby team with some good players in this side. We will do whatever it takes to get back up there. This year’s not over for us and we’re looking forward to showing what we can do.”