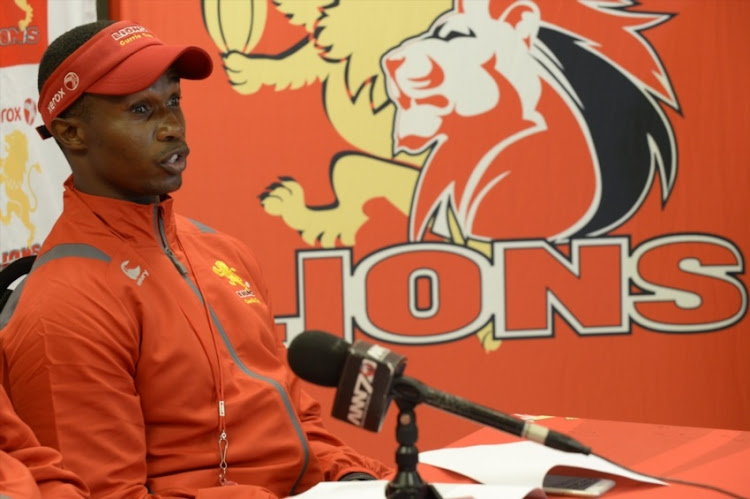 He really didn’t have to verbalise it as it is laid bare in the numbers.

A closer look at their just completed tour of Australasia reveals an anomalous statistic.

Despite winning just one of their four games on tour‚ the Lions scored 15 and conceded 13 tries.

They run riot‚ even in defeat but Mongalo is not complaining.

“I love watching the guys score tries‚” he said.

‘‘We lead the try scoring chart by quite a bit. Being attack minded is in the Lions’ DNA.

“It doesn’t make my job as defence coach more difficult. It’s about putting a plan in place if things don’t go our way.”

The three defeats the Lions suffered on tour helped their conference rivals close the gap on the erstwhile runaway leaders.

The Jaguares‚ Bulls and Sharks are now just seven points adrift and they have a match in hand.

Mongalo believes a trip to the drawing board isn’t necessary just yet.

“Maybe there are one or two small things we can adjust but there is no reason to reinvent the wheel. I believe in continuous learning and there are a few things we picked up on tour.”

On Saturday they will hope to quell the challenge of the struggling Brumbies who have a respectable record at Ellis Park.

The Canberra side appear to be out of the running for a play-off spot but they have several players still hoping to catch the eye of Wallabies coach Michael Cheika.

“That is effectively a Test side‚” Mongalo said.

That is especially so with influential openside flank David Pocock returning to the side.

“He is the catalyst‚” noted Mongalo.

“He is to them what Michael Hooper is to the Waratahs. They bring a similar energy to their respective teams. They are different players in that Pocock is more committed to the ruck.

‘‘I believe‚ however‚ it doesn’t matter how good he is‚ a unit will always trump an individual.”

The Lions will this weekend continue to operate without regular captain Warren Whiteley.

He is expected to return to the side in the next fortnight.

Whiteley has started training but he is spared contact as he is in the final stages of recovering from a knee injury he picked up against the Blues at Ellis Park.