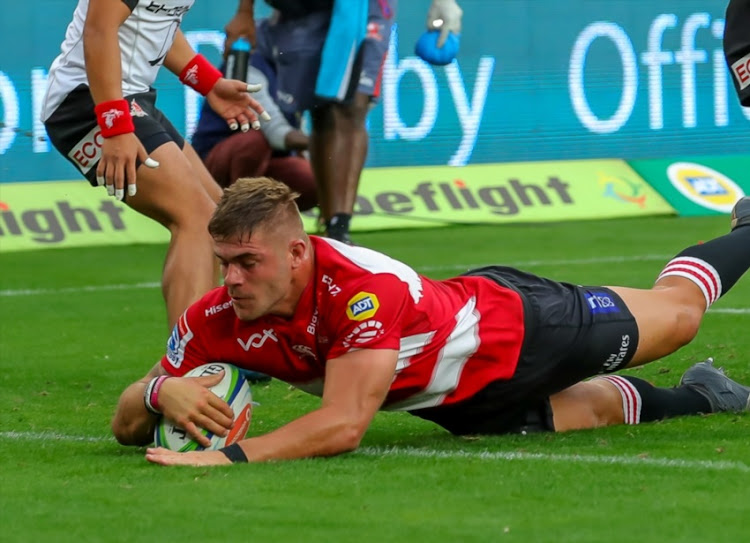 The injury to Malcolm Marx has had the unintended consequence of limiting Marnus Schoeman’s impact in the Lions’ Super Rugby clash against the Highlanders on Saturday.

Despite some stellar performances the bench-bound flank will have a limited presence in Dunedin‚ while the added constraint of providing cover at hooker will also serve to rein him in.

Coach Swys de Bruin explained that hooker Robbie Coetzee would play for as long as possible with Schoeman providing cover on the bench‚ while loosehead Jacques van Rooyen has been earmarked for middle of the scrum duties if the occasion demands it.

“We have a dilemma at hooker.

"Jacques has scrummed very well in practice at hooker‚ while Marnus will do the throwing in if that becomes necessary‚” De Bruin explained from Dunedin.

Schoeman‚ who has proved an openside dynamo in the last month or so‚ can only occupy a spot on the bench as Kwagga Smith cracked the nod at No8 in the continued absence of regular captain Warren Whiteley.

De Bruin is reluctant to have the diminutive Schoeman and Smith in the same backrow combination as it limits their lineout options.

Captain Franco Mostert is back on the side of the scrum‚ while Marvin Orie takes his place in the second row.

De Bruin said the backline deserved to stay the same as it‚ apart from two glaring defensive aberrations‚ performed well against the Hurricanes last weekend.

“The conditions were tough and we’ve decided to go with continuity.”

Besides‚ De Bruin has healthy respect for a Highlanders’ back division well stocked in key positions.

“The Highlanders have the All Blacks scrumhalf and the All Blacks fullback. (Lima) Sopoanga the 10 is also an All Black‚ although not a starter. So‚ their spine is good and they are a team of character.

“They are not a good away team‚ and you can go look at their away record. They do however have a brilliant record in Dunedin which will make the challenge so much bigger bit we are ready for it.

“Everything is in place. We’ll give it all to try and pull off a win.”

De Bruin acknowledged that the conference table was contracting but that there was no need to panic.

“To be honest we don’t look at them too much because that takes your eye off the ball. We will see if we can take some points out of Saturday’s game‚ then play the Brumbies and go game-by-game.

"If you start looking at what the other teams are doing you are not focusing on what you are doing. It is a fact that they are reeling us in but they are also playing against each other.

"In our conference they also still have to play the Argentinians. We must make sure that we hit an upward curve.”