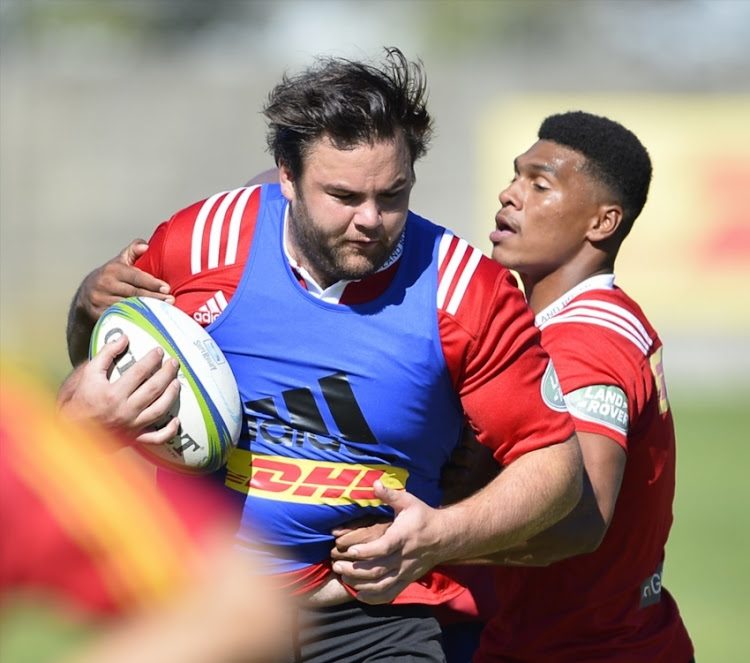 Springbok tighthead prop Frans Malherbe is unlikely to feature for the Stormers against the Bulls in their crucial Super Rugby match at Newlands on Saturday.

After a lengthy layoff with a neck injury Malherbe has been back at training but hasn’t been included in any match-day squads yet.

The last time the two sides met‚ the Bulls dominated the Stormers’ scrum‚ particularly in the first quarter of the match‚ and that laid the platform for their 33-23 victory at Loftus.

Stormers forwards coach Russell Winter acknowledged that Wilco Louw has been under a huge amount of pressure but said he believes that the Cape side are managing him properly in training.

“Frans is training with us for a third week and he is close to being ready‚” Winter said.

“Tightheads experience a huge workload in a small contact areas‚ so we are managing Wilco in training to make sure there’s not too much stress put on him.

“As far as Frans is concerned‚ he had a serious neck injury and we are trying to get him back to being the player that he was. We are going to not rush him into the deep end.

“That first scrum the last time we played‚ is one we remember and it’s moments like those that you hate when they happen as a rugby player‚ and you don’t forget them.

“That scrum definitely set the tone for the game.

“But we aren’t going to change anything in terms our technique and how we scrum because we believe we have a good set piece ourselves. They just caught us on the back foot in that first scrum.

“As the game progressed we improved in the scrums but that certainly wasn’t the way we wanted to start‚ and we’ll do our best not to get caught in that scenario or situation again.

“The players know what’s coming. This is a derby and the Bulls have always been a tough opposition‚ but as a coach all you can do is focus on what makes us good and how we are going to go about our business.”

Winter also acknowledged that after beating the Rebels 34-18 last Friday‚ to end a run of three successive defeats‚ the Stormers wouldn’t be changing anything in training just like they hadn’t changed anything when they were in their losing rut.

“The temptation‚ when you’re losing is to want to make wholesale changes‚ but we’re just trying to stick to the processes‚” Winter said.

“We have been in situations where you lose before‚ so we are trying to stick to those processes and just work at what we’ve been trying to execute the entire year.

“As far as the format and structure of our training goes‚ we haven’t changed anything from our previous weeks’ preparation. The only thing is that coming in to work on a Monday after a win is a lot easier.

“We won the game and we are happy about that‚ but like every Monday‚ we put it behind us and we just try to kick on for the week ahead.”