Lions have another intangible beast to fight in Brisbane 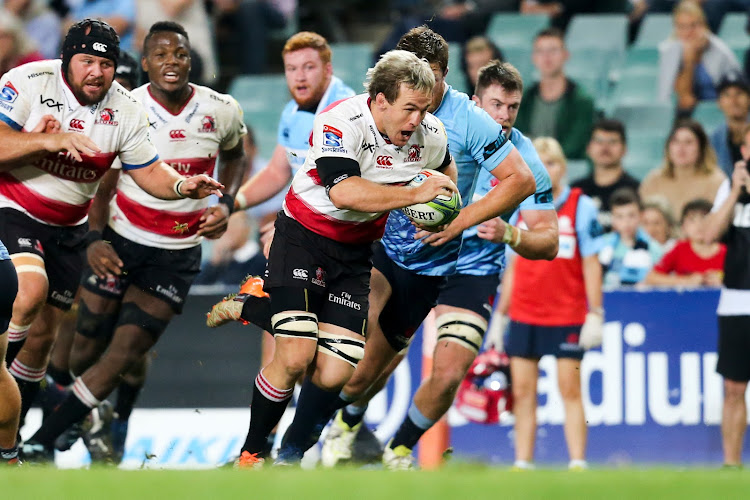 Marnus Schoeman of the Emirates Lions powers through the space during the Super Rugby match against the NSW Waratahs at the Allianz Stadium, Sydney, Australia on April 20 2018.
Image: David Neilson / www.photosport.nz

The Lions last week niftily avoided jet lag which proved crucial in their win over the Waratahs‚ but they’ll need to fight another intangible beast when they square up to the Reds in Brisbane on Saturday.

Given their recent record in Australia‚ and the road in general‚ as well as their hosts’ dodgy recent form‚ the Lions will have to guard against the stealthy threat of complacency at the Suncorp Stadium.

They have reason to go into this match imbued with confidence.

While the Lions are yet to win in Argentina‚ they seemed to have warmed to the idea flying east for engagements in Australasia and Japan.

They’ve now won eight of their last 10 matches in league play there.

Last weekend they thumped the Waratahs 29-0 in Sydney‚ but to be fair‚ their results in Australia‚ in particular‚ have been impressive. It was their sixth straight win on Australian soil.

Coach Swys de Bruin and his players have been at pains to explain that they enjoy touring and that spending time with each other has allowed them to bond into a tighter unit.

They won all three tour matches in Australia last year and recorded a rare win on New Zealand soil a year earlier when they shocked the Chiefs in Hamilton.

Clearly‚ they have a formula worth bottling.

The challenge for the log leaders this week‚ however‚ will be to stay focused and not allow their minds to drift to their assignment against the second placed Hurricanes‚ Saturday next week.

The match against the Hurricanes has been identified as their most difficult on a tour that also includes a stop in Dunedin where they’ll play the Highlanders.

Next week’s date with the team against whom they lost to in 2016 has loomed large for a while.

Their performance against the Waratahs was glowing endorsement for limited change this week and De Bruin obliged with just one alteration for the Reds.

As expected Rohan Janse van Rensburg replaces Lionel Mapoe in midfield after the latter apparently picked up a niggle in Sydney.

On the bench prop Johannes Jonker‚ flank Cyle Brink and utility back Ashlon Davids cracked the nod this week.

The Lions team to play the Reds:

The Springbok Test match against Wales in Washington DC will go ahead as scheduled despite a report out of Britain suggesting the fixture is in ...
Sport
4 years ago
Next Article