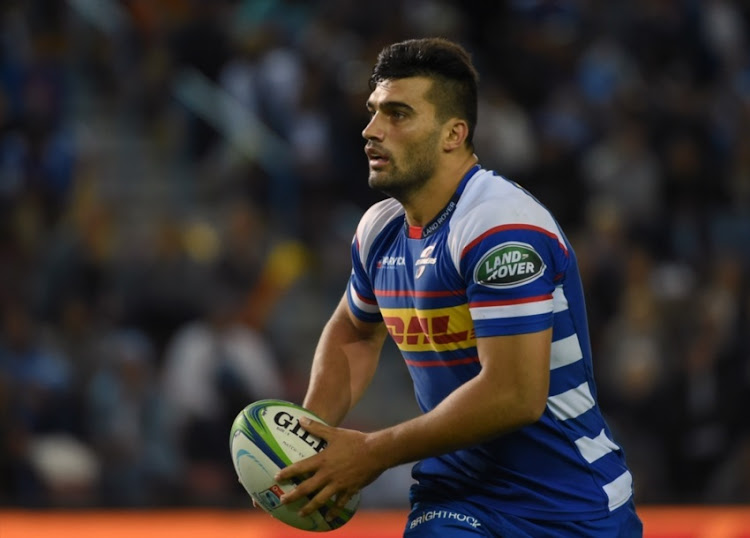 Stormers Damian De Allende of the Stormers during the match between DHL Stormers and Reds at DHL Newlands Stadium on March 24, 2018 in Cape Town, South Africa.
Image: Thinus Maritz/Gallo Images

Stormers centre Damian de Allende admits that his side have to trade positive words for winning performances after six defeats in nine matches‚ which has left them on the brink of a disastrous campaign.

The Stormers start a run of three consecutive home games against the Melbourne Rebels at Newlands on Friday and know that another loss would spell the end of what little play-off qualification chances they have left.

After losing 24-17 to the Sharks in Durban last weekend‚ the Stormers’ play-off ambitions are now on life support.

They are bottom of the SA Conference on 14 points and have a huge amount of ground to make up.

“It is tough for us to get any kind of message across with words at this point‚ we have to trade words for action‚” De Allende said.

“I thought that our meeting after the Sharks game at the weekend was a good one‚ and we also put a lot of purpose into our training today.

"But it is pointless talking about it.

"We need to go out there and produce on the field. Hopefully our performance on Friday will be a message that will bring in the crowds for the following week.”

And with a resurgent Bulls and a classy Chiefs heading to Newlands after the Rebels visit‚ there are no guarantees for the Stormers simply because of home ground advantage.

Friday’s 3pm kick-off at the start of a long weekend will ensure a small crowd‚ so the Stormers won’t be able to rely on the ‘Newlands Faithful’ becoming an extra man either.

“It has been a tough time for us and I can assure you all the players are hurting‚” De Allende said.

“It hasn’t gone for us this season but we just have to keep working hard and keep digging and digging.

"The Sharks (match) was always going to be a tough game for us away.

"We thought we were much better in the game than we had been in the previous matches‚ but Fleckie [coach Robbie Fleck] was right; soft moments let us down.”

After the run of three home games the Stormers travel to Hong Kong to face the Sunwolves and then return to take on the Lions at Newlands before a trip to Argentina to face the Jaguares.

It is a tough schedule.

“The two away games [Sunwolves and Jaguares] will have to be won too if we are to have any chance‚” De Allende conceded.

“We will just have to take it week by week. Winning is a habit and losing can become a habit. Hopefully we will build up enough confidence to get the win away from home when next we travel.

“The Rebels started the season like a house on fire and they have very talented players. They have changed a lot and improved a lot since last year.

“They are physical but they also have lots of flair. They have nippy backs and good wings.

"But we’ve had a nice chat about what to expect and we will be preparing well for the game and are confident we can produce a performance the Newlands crowd will be pleased with.”