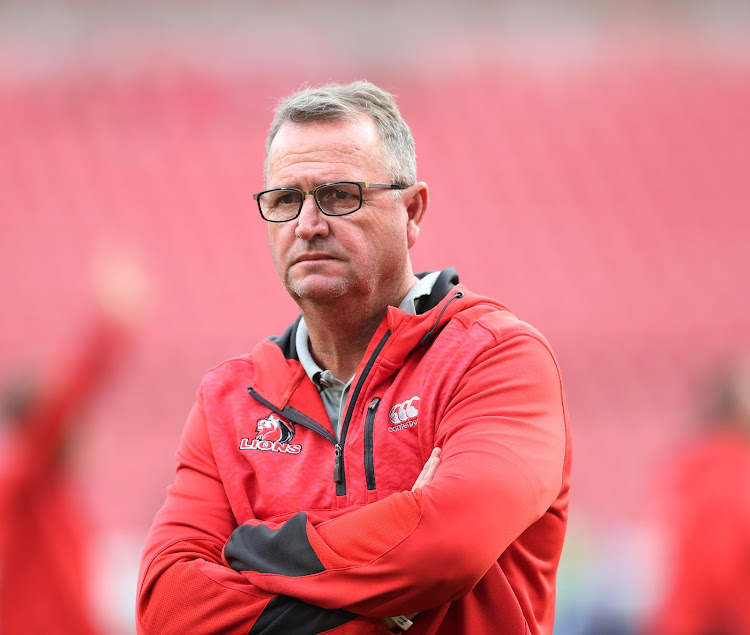 Better late than never isn't something that's often applied in rugby but for the Lions‚ getting to Australia late worked like a charm.

Swys de Bruin's side left South Africa last Tuesday ahead of last Friday's historic 29-0 win against the Waratahs in Sydney.

Like a seasoned party gatecrasher‚ they bided their time before showing up the errant host.

The Lions absorbed everything the Waratahs threw at them but in what was their first ever win in Sydney‚ they also kept the hosts scoreless for the first time in their Super Rugby history.

It was a win that De Bruin said was earned by the astuteness of the medical team led by Dr Rob Collins.

The players then did their bit with one of the most resolute defensive performances by a touring South African Super Rugby side.

“The team played well but most of the credit has to go to the team doctor and the decision to fly in late and to manage the time zones‚" De Bruin said.

"The players are still in a South African time and later we'll start moving into the Australian time zone.

"This was a first and when we went to Argentina‚ we felt that if you fly in on the Wednesday and play Friday or Saturday‚ you can manage everything and delay your meal and training times.

"It was a great plan from the medical team.

“We knew they'd come out blazing and they're a very good side.

"The game was at a pressure point and it could have gone in any way. The fact that we hung in there helped a lot.”

De Bruin said he understood how the Waratahs felt‚ given that they did most of the running and had nothing to show for it at the end of the game.

He added that his team have to get over the win very quickly as one win doesn't make the tour.

The Reds‚ whom the Lions face on Saturday in Brisbane‚ are a dangerous and inconsistent side that can't be taken lightly.

“I've been involved with this team for six years and I can remember the big hammerings we took‚" he said.

"We took 50 against the Hurricanes but the big thing is to carry on.

"I always compare it with golf where if you make a double bogey in the other hole and a birdie on the next one‚ you're okay.

"It is a competition but the big thing is not to get carried away. We have to stay humble.

“The Reds have a few big and strong ball carriers and that's another challenge we need to face.

"They're a good side and the results haven't been in their favour‚ but we won't underestimate them.

"They're good and we have to be sharp.”