Stormers hit the bottom for the first time 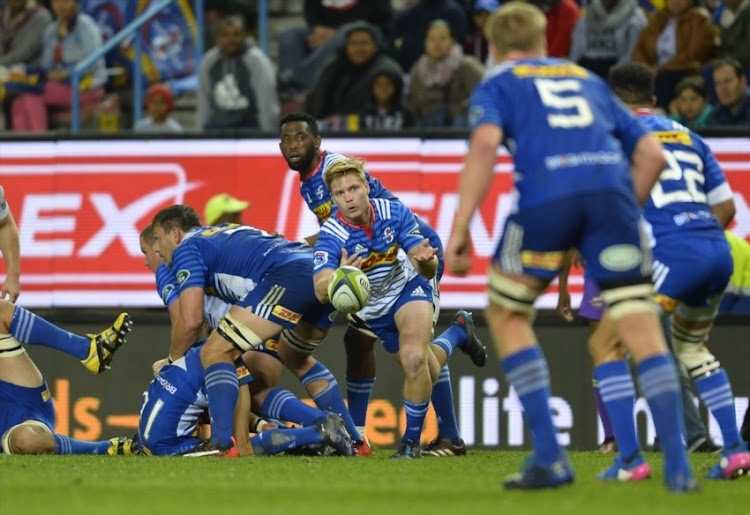 Justin Phillips of the Stormers during the Super Rugby Quarter final between DHL Stormers and Chiefs at DHL Newlands on July 22, 2017 in Cape Town.
Image: Ashley Vlotman/Gallo Images

The Stormers have officially hit the bottom.

The bottom of the standings‚ that is.

For the first time since the conference system was introduced‚ the Cape Town franchise is propping up the SA Conference‚ which includes the Jaguares from Argentina.

Saturday’s 24-17 loss to the Sharks in Durban was the Stormers’ sixth defeat in nine games this season.

Only the Sunwolves with eight losses have suffered more defeats than the Stormers in 2018.

With the Jaguares beating the Brumbies in Canberra on Sunday‚ the Stormers slipped to last on the five-team conference with 14 points after nine games.

The Jaguares and Sharks are two and four points above them respectively‚ after the same amount of matches.

The Lions are running away with the conference on 30 points while the Bulls have 19 points in eight matches.

The situation has probably left Robbie Fleck’s team with too much ground to make up in a race for a play-off place even with a run of three home games to come‚ starting on Friday against the Melbourne Rebels.

With the Bulls and Chiefs to follow after the Rebels‚ there are no guarantees of winning at home.

The Stormers then have to travel to Hong Kong to face the Sunwolves and return to host the Lions before the international break.

Nothing less than five wins from their next five matches will put the Stormers back in the play-off picture‚ and even then‚ they will need other teams to drop points along the way.

The fixture list has been brutal for the Stormers‚ with all six defeats coming away from their Newlands stronghold.

The trip to Hong Kong‚ sandwiched between home games against the Chiefs and Lions‚ is another obstacle.

No other side in the competition has had such a lopsided draw‚ but even so‚ the Stormers would have expected at least one win on the road‚ which would have kept them hanging on to the coattails of the Bulls and Lions.

The Stormers had placed a lot of store in winning in Durban last weekend to give them the momentum they needed with Newlands back on their side in the coming weeks and the scheduled return of several key players.

Flyhalf Jean-Luc du Plessis‚ who has spent a year overcoming hip and pelvis injuries‚ made a successful return to play with Western Province in the SuperSport Challenge at the weekend‚ while flank Cobus Wiese and wing Seabelo Senatla are also back in the mix.

All should feature in the coming weeks.

Losing to the Sharks‚ though‚ has dented what little confidence the Stormers had left.

They can be thankful they are playing the Rebels this weekend and not the Chiefs.

While the Rebels have improved massively under coach Dave Wessels‚ winning at Newlands would be a huge surprise‚ despite the Stormers’ current woes.

Wessels’ team went down 28-10 to the Bulls at Loftus last week‚ and appeared to suffer several injuries‚ which will further diminish their chances.