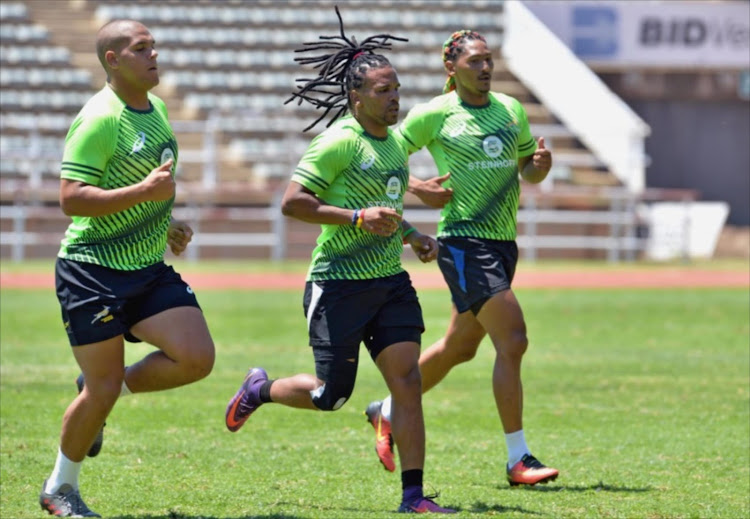 Blitzbok coach Neil Powell has challenged his squad to show the ‘joy’ of two weeks ago in Hong Kong‚ in the upcoming Singapore leg of the World Sevens.

A squad made up of Academy players performed admirably in Hong Kong‚ finishing third and maintaining South Africa’s lead at the top of the standings over Fiji while the ‘first’ team prepared for the Commonwealth Games.

The Blitzboks failed to win a medal at the Commonwealth Games‚ losing their semi-final in extra time against Fiji.

It was below par but Powell says they have put the disappointment behind them already.

“It would have been unfair not to reward some of the players who did so well in Hong Kong‚” Powell said.

“This is a combination of the two squads from the last two weeks‚ which will feel will bring good energy in Singapore.

“In the past we have seen that the likes of Fiji and New Zealand put a lot of emphasis on Hong Kong and can be a bit flat afterwards. So we have chosen a squad with real hunger to do well.

“The one thing that we will take from the Hong Kong performances‚ is that the team really seemed to have fun on and off the field.

"At the Commonwealth Games we lost a bit of the joy in the way we played. So we will look to those youngsters to show us that joy again.

“That is one of the big reasons behind picking a combination of the two teams.”

The hot-stepping Selvyn Davids‚ who was one of the players of the tournament in Hong Kong‚ has been included in the Blitzboks squad for the eighth leg of the series next week.

“It’s going to be interesting to see if these youngsters can now back up their form on Hong Kong with another strong showing in Singapore‚” Powell said. “That is their challenge.

“It much easier to burst on to the scene when no one knows you‚ your strengths and weaknesses. Opponents would have studied them now so they won’t have the benefit of being unknown again. They will have to back it up.”

The Springbok Sevens team for the HSBC Singapore Sevens (with tournament caps and points) is:

The Border Rugby Union (BRU) was placed into provisional liquidation on Tuesday‚ which has not only left 24 contracted players potentially without ...
Sport
4 years ago

Sharks loose-forward Keegan Daniel will be hanging up his boots at the end of this current Super Rugby season.
Sport
4 years ago

It took a simple change of midset and back to basics discussions with Bulls coach John Mitchell to turn around Warrick Gelant’s campaign in Super ...
Sport
4 years ago
Next Article