Lions have Bok Combrinck back for Stormers 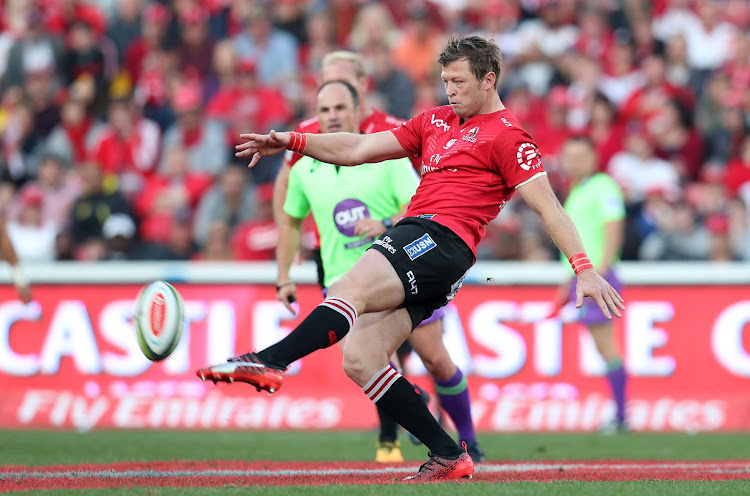 The Lions will have the steely resolve of Springbok Ruan Combrinck back on the right wing when they clash with the Stormers at Ellis Park on Saturday.

Combrinck has been sidelined with a shoulder injury since last year's Rugby Championship but he returns at a time when the Lions are desperate to restore some calm in their ranks.

“I'm very excited about Ruan‚” said coach Swys de Bruin. “He's been out for a long time and we had a chance to pick him earlier.

“Knowing him‚ because he is a professional athlete‚ we opted to wait until he is 100 percent right in his head as well. He's trained hard.

“He's got a brilliant right foot. We've got a number of left-footers. He's very experienced and he brings a calmness. His versatility is the biggest dimension he brings. He can also slot those long ones.”

The Lions have lacked composure and leadership in recent weeks‚ which saw them slip to three Super Rugby defeats in four matches.

De Bruin said Whiteley will tour with the team following their clash with the Stormers.

“I was really hoping Warren would be ready this week. Hacjivah [Dayimani] did so well at No8. He's one for the future.”

Rohan Janse van Rensburg has an upper leg haematoma and will also miss this weekend's action.

De Bruin said Skosan has responded well to treatment and he should be ready for selection once the Lions return from their tour of Australasia.

In a rotational switch to the team that lost to the Crusaders‚ Marvin Orie comes in for Andries Ferreira at lock for Saturday's clash.

Scrumhalf Cronje's expected return has been pushed back as he is yet to recover from knee and and rib ailments.

“I was hoping Ross would be back. He said the rib is even more sore than the knee now. He's been putting his body on the line. He will be out for a while still.”

De Bruin said they are yet to decide whether to include Cronje in their touring group.

The Lions have however arranged cover in the form of Nic Groom who joined them this week from Northampton.

“I'm really excited about the experience he brings‚” enthused De Bruin. “He reminds me of a Craig Davidson‚ that nuggety‚ tough‚ cool head guy that never gives in. I asked him why he joined us and he said it's because of the ethos and the character of the team.”

The Bulls and the Stormers are feeling the effects of prolonged combat following the former’s 33-23 Super Rugby win at Loftus on Saturday.
Sport
3 years ago

Subjecting themselves to prolonged bouts of introspection doesn’t seem to form part of the Lions’ road to redemption.
Sport
3 years ago

There was something distinctly April’s Fool-ish about this Easter Sunday clash‚ where the Crusaders beat the Lions 14-8‚ in that for long passages it ...
Sport
3 years ago

They may be unbeaten in 19 Super Rugby derby matches‚ but the Lions will be at their most vulnerable when the host the Stormers on Saturday.
Sport
3 years ago
Next Article