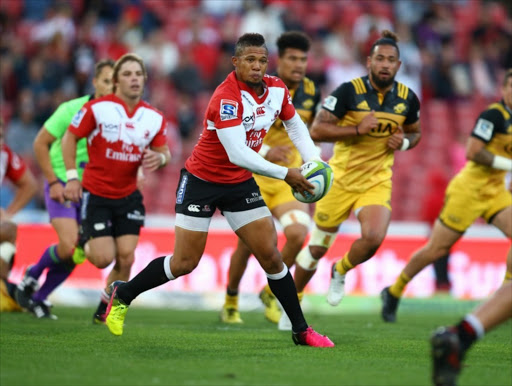 They may be unbeaten in 19 Super Rugby derby matches‚ but the Lions will be at their most vulnerable when the host the Stormers on Saturday.

They’ve lost three of their last four matches and their only win in that period came by just one point at home over the lowly Sunwolves.

They have‚ however‚ dominated their conference in recent seasons with 13 of their 19 consecutive derby wins achieved by a winning margin more than 12 points.

Their last defeat came against the Bulls at Loftus in May 2015‚ while their last home defeat in a derby match came in February 2015 when the Stormers triumphed 22 to 19.

They are however set for a searching examination this weekend as the Stormers too hope to regroup following their defeat at the hands of the Bulls.

“There is that extra motivation to prove yourself against your countrymen‚” said Van Rooyen. “After the game they must know they played against one of the better sides in Super Rugby. When your opponents sits on the bus driving away from the game‚ he must remember your name.

“As an old man he must still be talking about you. That one big tackle‚ or that one scrum where you popped his rib. That's probably my motivation‚” said the tough-talking baritone.

Of late however‚ the Lions' claws have been clipped.

Their home ground‚ where altitude has proved such a useful ally against overseas teams over the last few seasons‚ no longer insulates.

“All the other teams come prepared and conditioned‚” noted Van Rooyen. “They've come to realise the times we target in the game.

“Those times when we press hard they tend to keep the ball and deny us access to possession. That way we can't tire them with our running game.

“The onus is on us to keep possession until they tire. You reap the rewards from their fatigue later in the game.”

Van Rooyen is preparing himself for a particularly confrontational battle against the Stormers’ vaunted front row. It is a front row that will bristle after the Bulls occasionally put their noses out of joint at Loftus.

“If you have a bad weekend you always come back harder. This week he'll come back with a bit of a grudge‚” Van Rooyen said of the Stormers' Springbok tighthead Wilco Louw.

“He would want to prove himself again. Not that he has to. I also have to say congrats to Pierre Schoeman (Bulls prop) who had a great game at scrum time.

“The Stormers pride themselves in their forward pack. They like to pick-and-go‚ play a tight game but they also expansive.

“If we can match them or better them in the scrum‚ lineout and maul it will be a good contest and hopefully we can get some reward from that.”

The Lions have announced the arrival of former Stormers scrumhalf Nic Groom to their ranks. Groom‚ who joined the franchise from Northampton‚ has been contracted until the end of October.