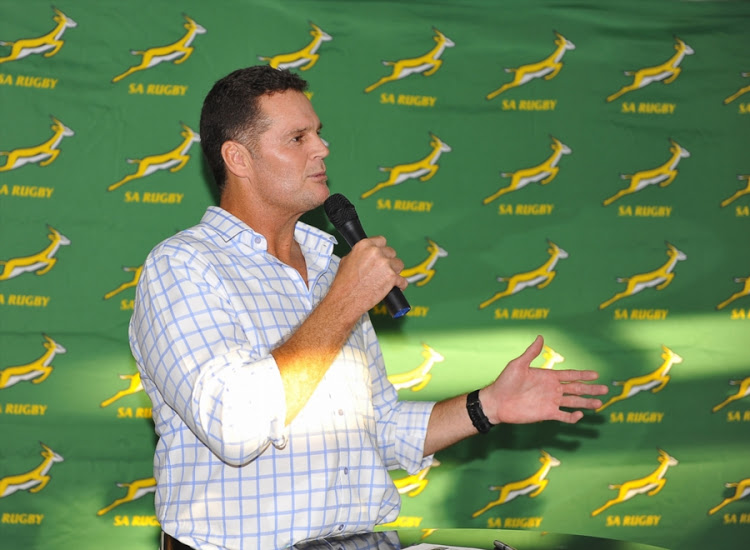 Springbok coach Rassie Erasmus will run the rule over 22 players from the ranks of the Lions and the Stormers for his second alignment camp from April 8 to 11 at the Riverside Resort in Vanderbijlpark.

Dyantyi has been sidelined for up to six weeks with a pectoral muscle injury‚ while Combrinck is in the final stages of recovery after he was sidelined with a shoulder injury at the end of last season. The players attending the camp will not see any on field activity.

Three alignment camps have been scheduled to accelerate preparations for the upcoming international season.

A dozen players from the Bulls were invited to the first camp which finished in Vanderbijlpark on Wednesday. Flank Marco van Staden was a late addition to that group.

Two members of the Bulls coaching staff‚ Hayden Groepes (attack coach) and Jacus Coetzee (strength and conditioning coach)‚ as well as the convener of national selectors‚ Peter Jooste‚ also attended the proceedings over the four days.

The second camp is set to start on Sunday‚ while Durban will host the third gathering from April 22 to 25.

At the camps the players are restricted to indoor sessions‚ with alignment a key area of focus. It is hoped that the sessions will help smooth the path from Super Rugby to test match activities.

“The success of the June tests will be determined by how the Springbok coaching staff and the players follow through on what was agreed upon at the camps when the players are back at their franchise teams‚” said Erasmus‚ who also doubles as SA Rugby’s director of rugby.

“We used the numerous indoor sessions to explain our strategic thinking and also the systems we are putting in place for the forthcoming tests against Wales and England.”

Erasmus praised the players’ input and enthusiasm and said the Springbok coaches are now looking forward to the second camp.

The Springboks will kick off their international commitments with a clash against Wales in Washington on Saturday‚ June 2.

They will then return to South Africa to face England‚ which will comprise three tests on consecutive weekends.

Ellis Park will host the series opener on June 9‚ the Free State Stadium the second on June 16‚ while Newlands will host the third a week later.

Note: Damian Willemse will only attend the Sunday sessions.