Stormers hang on at Newlands 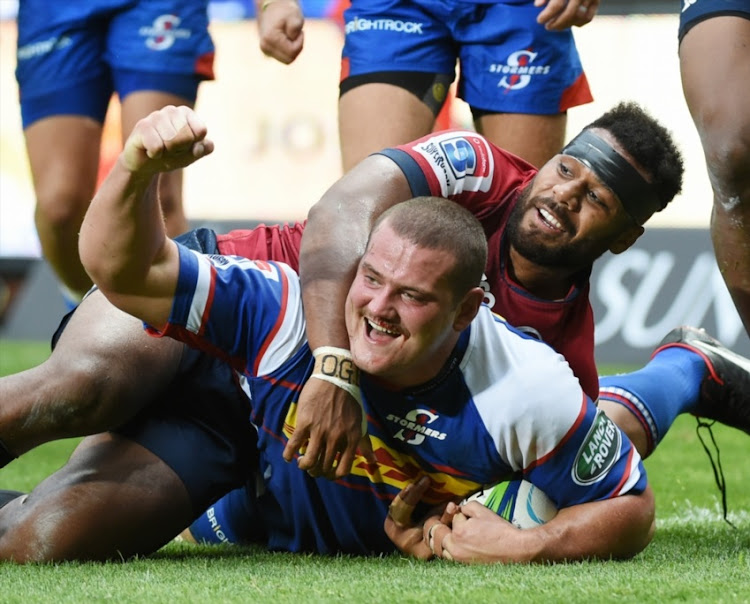 Wilco Louw of the Stormers during the Super Rugby match between DHL Stormers and Reds at DHL Newlands Stadium on March 24, 2018 in Cape Town.
Image: Thinus Maritz/Gallo Images

Cape Town – The Stormers hung on grimly to beat the Reds 25-19 in a scrappy, niggly match at Newlands that went down to the wire.

The Reds were seemingly out of the contest with a 90 seconds to go when wing Filipo Daugunu broke from deep and showed brilliant pace to score a long range try that brought the visitors to within six points.

A last gasp effort by the Stormers pack, defending a rolling maul close to their line a minute later saw them over the line, but it was an ugly win in an ugly game.

The Reds play in the image of their coach Brad Thorne, the one time All Blacks hard man, and his fingerprints were all over this team.

They were brutal in the physical exchanges and not always legally, as they flew into contact with or without the ball. How tighthead Taniela Tupou stayed on the field after he felled wing Craig Barry with a shoulder charge early on, only the officials can explain. But it set the tone for a tough afternoon.

The Stormers were initially rocked back by the ferocity of the onslaught, but weathered it well before gradually starting to win some of the contact points themselves.

Flyhalf Damian Willemse gave another strong performance with 10 points, but it was his ability to control the game tactically that was most impressive.

His jinking run close to the line gave the Stormers the front foot ball they needed for tighthead Wilco Louw to rumble in for the team’s second try 29 minutes in.

Earlier the Stormers had benefited from a poor Reds clearance kick as well as their own ability to sum up an attacking opportunity, despite being 80 metres from the Reds line.

Wing Raymond Rhule accelerated into space down the left drawing centre Samu Kerevi and right wing Daugunu into the tackle while offloading to a supporting EW Viljoen.

The centre in turn drew fullback Aiden Toua before finding support from Dewaldt Duvenage whose aging hamstrings were at breaking point as he raced to beat the cover to score the opening try of the game.

The Stormers lack of control though, made it a more difficult afternoon than it should’ve been.

Lock Pieter-Steph du Toit won a lineout, only to have the ball ripped from his grasp and two phases later No 8 Caleb Timu crashed over to give the Reds hope going into halftime 18-7 down.

Straight after halftime the Reds scored again when hooker Alex Mafi, who enjoyed a strong game, scored from close range to keep the Stormers on edge as the rain also fell – a rare occurrence in Cape Town.

But a try by Rhule, who ran on to a well-weighted Barry grubber gave the Stormers just enough daylight to get over the line despite the Reds’ last minute heroics.