Fleck wants officials to clamp down on Crusaders’ offside play 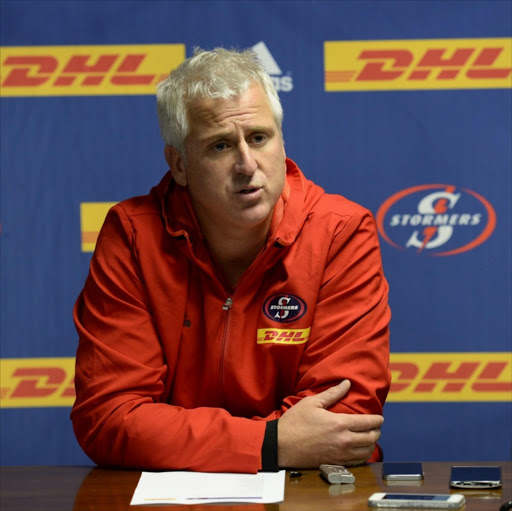 Stormers coach Robbie Fleck has demanded that officials for Saturday’s Super Rugby encounter against the Crusaders be especially stringent on the offside line.

The Crusaders are a team who live on the edge when it comes to staying onside‚ a tactic that cost the Stormers dearly in their clash in Christchurch in 2017‚ resulting in a 57-24 defeat.

On that day the Crusaders were often visibly offsides at rucks and were allowed to play on‚ resulting in the Stormers’ being barely able to pass beyond flyhalf before they were smothered.

Superior line speed is one of the game’s main aims and teams often straddle the line between legal and illegal.

But New Zealand teams‚ in general‚ play to the edge of the law and Fleck wants Australian referee Nic Berry and his assistants to be extremely vigilant when the sides clash again this weekend.

“I will absolutely be talking to the officials about it (offsides) because after that game last year I was unhappy with the performance of the officials‚” Fleck said.

“We felt they were offsides for a vast majority of the game‚ and they were able to put us under a lot of pressure because of it.

“We played well for the first 30-odd minutes of that game but were getting nothing‚ and within a few minutes they scored a few tries from turnovers that were directly from the (illegal) pressure they had us under.

“So I will discuss it with the officials because it’s difficult enough playing in NZ. It’s important that all three officials are on board when it comes to the offside line.

“It’s important that those lines are kept in check so that we can get a decent game of rugby going.

“Look‚ the Crusaders have great line speed as it is‚ and one of the better organised defences anyway‚ which they showed on their way to the title last year.”

Fleck though‚ was also full of praise for the tournament’s most successful team.

“They are not a team that makes many mistakes‚” He said.

“There is nothing fancy about them‚ they just do the basics very well through good‚ honest‚ hard work.

“They have a great culture‚ the best defence in the competition‚ an extremely strong kicking game and a solid set piece. They don’t give you much but like in any game‚ there will be opportunities.”