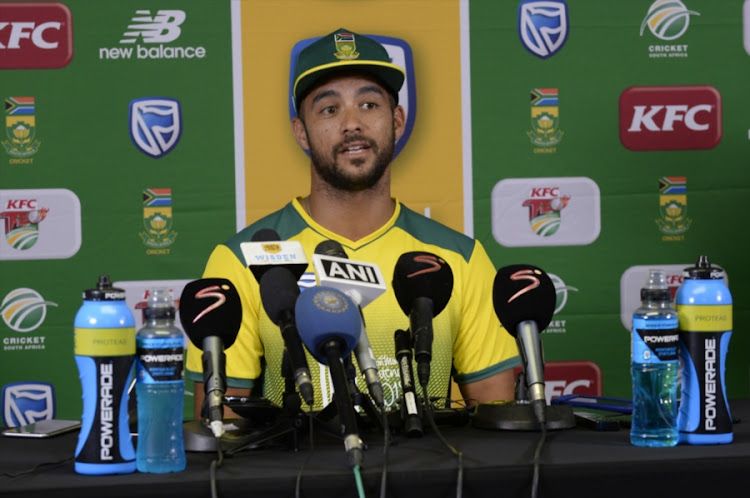 Where have you been‚ JP Duminy?

A nation turns its lonely eyes to you …

You have to be old enough and know something about baseball for that to make sense.

In 1968 Simon and Garfunkel‚ an American folk rock duo‚ released a song called “Mrs Robinson” that featured the line: “Where have you gone‚ Joe DiMaggio/A nation turns its lonely eyes to you.”

DiMaggio played for the New York Yankees from 1936 to 1951‚ becoming one of the best batters baseball has yet produced; a marvel of elegant‚ eloquent rage.

He was also married‚ tempestuously‚ to Marilyn Monroe from January 1954 to October 1955.

But even if you knew none of the above you knew‚ if you watched Duminy bat against India in Centurion on Wednesday‚ that you had seen something not often seen.

Duminy hit four fours and three sixes in his 40-ball 64 not out to help South Africa win the second T20 by six wickets with eight balls to spare.

The other key innings was Heinrich Klaasen’s 69‚ an even more explosive effort that flew off 30 balls with three fours and seven sixes.

Do the math: Klaasen ran just 15 of his runs. The rest were a flood of boundaries launched into the drizzle that made bowling — especially the spin bowling that made India the better team in the one-day series — and fielding damnably difficult.

But we have seen Klaasen threaten to let loose like her did on Wednesday twice in recent weeks.

The first of those innings took South Africa to their only win of the six-game series.

No such heroics had come from Duminy‚ who has been a shadow of the player he promised to be when he hit Brett Lee‚ Peter Siddle and Mitchell Johnson‚ among other‚ lesser bowlers‚ to all parts of the Melbourne Cricket Ground to score 166 and help South Africa clinch their first test series triumph in Australia.

That will be 10 years ago this December‚ time in which Duminy has struggled to approach those levels of excellence in most of his other 308 innings for South Africa across the formats.

Wednesday marked an exception. Duminy seemed fuelled by rage as elegant as it was eloquent as he sculptured his strokes with lasting intent. Was it something he said?

“We’ve got to come up with different ways of countering how good they’ve been‚” Duminy said after his 51 — the first time he had reached 50 in 23 completed innings — shone out of South Africa’s dismal total of 179 in the third ODI at Newlands on February 7‚ when India won by 124 runs.

Duminy came up with that different way on Wednesday. The ball‚ as the cliché goes‚ stayed hit when he hit it.

Which was often: only six of the deliveries he faced were dot balls.

He batted through four partnerships and‚ most importantly‚ led his team to victory.

They couldn’t have done it without him‚ which is the only measure that matters of a captain.

Duminy settled the issue with successive sixes over square leg and long-on‚ his follow-through on the latter moulding his body into what could have been interpreted as a question-mark‚ as if to ask: “Where the hell have I been all these years?”

It’s only T20 and it’s only one innings‚ but the way Duminy took the fight to the Indians told of a career that might have been.

Alas‚ it will not be. With his 34th birthday looming in April there is no chance of Duminy rewriting his script.

But he does have the chance to remind people‚ again‚ of the player he could have been when the levelled series comes to Newlands on Saturday.

It isn’t often that you can accuse T20 of poignance but this is one of those times.

Another line of “Mrs Robinson” has it that‚ “Joltin’ Joe has left and gone away.”