Tough season ahead for the Stormers 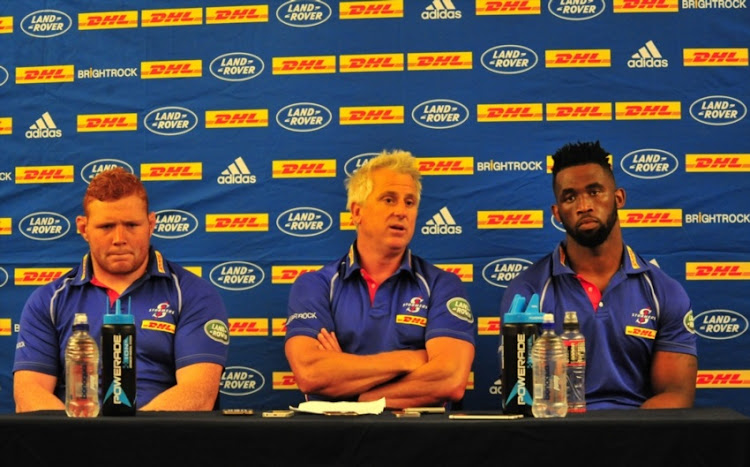 The Stormers go into the 2018 season under some pressure to finally fulfil their potential and go all the way in Super Rugby‚ although injuries and a tough fixture list could count against them.

Before a ball was passed or kicked‚ lock and Bok captain Eben Etzebeth was ruled out for half the season with a shoulder injury while other key players such as tighthead Frans Malherbe and hooker Scarra Ntubeni are also still on the long-term injured list.

In the week leading up to their opening game against the Jaguares at Newlands‚ Bok lock Pieter-Steph du Toit also cried off with a back injury while newly recruited wing Sergeal Petersen was out due to a cut foot.

With six away games in their first nine outings and effectively only one bye with their second bye falling on the last weekend of Pool play‚ the Stormers are starting the campaign with some handicaps.

After the Jaguares the Stormers head to Australia and New Zealand to play against the Waratahs‚ Crusaders and Highlanders. As fixture lists go‚ it’s a tough start.

“Tours are tough and last year it set us back‚” coach Robbie Fleck said.

“We won six in a row‚ but then lost at home to he Lions before going on tour.

“We lost our games on tour but we thought we played some decent rugby.

"We were able to fight back into play-off position later in the season.

“We are touring early in 2018‚ so we have to win our opening game at home and then we will see what happens on tour.

"We have lots of injured players due back after the tour‚ so it would be a great confidence booster if we do well on the road‚ especially with experienced players returning.”

The Stormers’ objective will be to ensure they don’t completely blow their chances in the first half of the campaign.

With only one SA Conference team guaranteed a play-off place‚ Stormers captain Siya Kolisi admits the season will be more cutthroat than before.

“In the past we have relied on winning all home games to stay in the play-off hunt‚ but this season winning away games is also going to be vital to make the play-offs‚” Kolisi said.

“Obviously we want to win every game‚ but that’s not how we approach it. We have worked too hard to worry about the play-off outcome. We are just focused on one match every week.”

1. Damian Willemse‚ flyhalf‚ 20 – The Junior Springbok flyhalf has chance to cement his place as the franchise’s first choice pivot and give the Stormers backline the attacking general they need to unlock their potential.

Great feet and a good rugby brain are his main weapons while he has been working on bettering his tactical and goal-kicking.

2. Siya Kolisi‚ flank‚ 26 – The captain has been in sublime form the better part of a year and his skill as well as leadership will be crucial‚ especially early on in the season.

Kolisi commands respect and the Stormers’ fortunes will rest heavily on his ability as a player and motivator.

3. Steven Kitshoff‚ loosehead‚ 23 – The Bok prop has evolved into a destructive player in both the tight and the loose.

Besides his powerful scrumming‚ Kitshoff’s ability to carry the ball in close quarters and work tirelessly on defence‚ makes him an extra looseforward.

4. Cobus Wiese‚ flank‚ 20 – This could be a breakout season for the big blindside flank.

He has all the attributes of size and athleticism and has the ability to give the Stormers’ pack go-forward in the tight loose.

Defensively he is also intimidating.

5. Raymond Rhule‚ wing‚ 25 – There is no questioning his attacking ability but Rhule has to prove himself defensively after some weak performances last season.

In the Stormers set up he has already impressed and looks set to cement a place in the starting lineup.